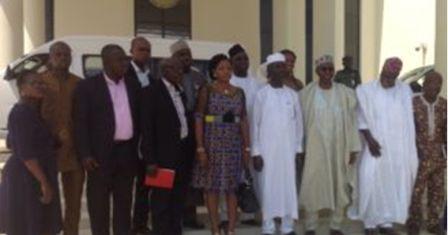 The National Insurance Commission (NAICOM) is soliciting partnership with Kaduna State government on implementation of the compulsory insurances.

The Commissioner For Insurance, Alhaji Mohammed Kari, while speaking during a courtesy visit of the officials of the commission to the Kaduna State Government, over the weekend, noted that such partnership will allow the commission to set up its branch in Kaduna, at a time it is considering to open more new branches across the country.

Stating that the commission launched the Market Development and Restructuring Initiative(MDRI) in 2009, he stressed the commission is commencing the second phase of the initiative, which is the enforcement of the compulsory insurances across the federation.

Kari, who applauded the state government for the developmental projects across the state, implored the state to insure all its assets with genuine insurance companies, in a bid to curb the spread of fake insurers.

Saying that the State would benefit immensely from supporting the initiatives of the commission aimed at deepening insurance penetration, he pointed out that, the partnership will allow it set up a branch and aid insurance compliance across the state.

To him, such partnership will not only improve the Internally Generated Revenue (IGR) of the state, it would also generate employment, while transferring the burden of compensating the victims of inferno from the government to the insurance companies.  This, he said, will allow the government to focus more on developmental projects, rather than looking for money from the little resources of the state to settle victims of inferno.

Responding, Kaduna State Governor, Mallam Nasir El-Rufai, ably represented by his Deputy, Arch. Bala Bantex, said the state government will continue discussion with NAICOM with a view to ensure insurance  implementation and penetration in the state.

Promising that the commission request will receive full attention of the government, he added that the idea of sanctions to enhance insurance compliance is non-avoidable.

He stated that proper adoption of insurance will contribute to the growth of the nation’s GDP, pointing out  that the state government has insured some of its facilities with insurance firms, although, he said, the state would now be more careful in order not to deal with quacks.

The state government, he pointed out, is making it mandatory for market men and women to insure their goods and assets through insurance, pleading on the commission to always ensure that insurance companies pay claims on insured risks whenever inferno occurs.

On building insurance, he said, the state government is currently ensuring that quality materials are used for building of structures, but will also be interested in ensuring that buildings and buildings under construction are adequately insured in the state.