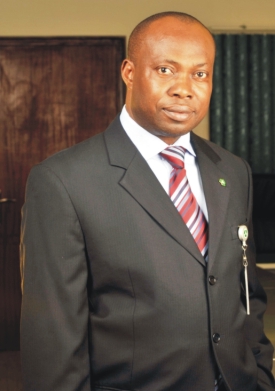 UnityKapital Assurance Plc has opened another chapter in its quest for market leadership and stakeholder value with another addition to its fold of strategic investments by acquiring FUG Pensions Limited, a licensed Pension Fund Administrator.
With this investment, UnityKapital has extended its field of operations to Pensions Administration; a field that already includes ownership of a Health Management Organization as well as substantial interests in a major player in the hospitality business

MD Over-joyed
Speaking at the official hand- over of FUG Pensions to UnityKapital Assurance, Kins Ekebuike said he was delighted that his dream of building a company that leverages on her unusually strong financials to dominate the insurance landscape is gradually becoming a reality.
While acknowledging the good foundation laid by the founding managing director, he affirms that he has always felt a bit uneasy that a company with excellent  financials and a proactive board  of Directors like the one UnityKapital is blessed with, had hitherto failed to do more with the over abundance of funds at her disposal over the years. Now, he says, with the strong support of the Board, UnityKapital Assurance is gradually deploying its strong financials in a strategic manner to drive the overall Vision of the company over the medium to long term.

Limitless Opportunities
With the new proactive spirit evident in UnityKapital at the moment, the can-do spirit being exhibited by staff and Management, it is obvious the opportunities for the company are limitless. A stock market analyst speaking in Lagos said that if UnityKapital can sustain the trend, there is no doubt that within a few short years, it will become one of the strongest stocks in the insurance sub-sector of the capital market. One can only wish Mr Kins Ekebuike the best of luck in his grand Strategic Vision to turn UnityKapital into the pillar of insurance in Nigeria within a short time.

Success is Sure
All the indicators point to success for UnityKapital : Good and supportive Board, newly fortified Management and Marketing force, A Corporate Restructuring that has created new strategic Business Development Units and a Head office Annex in Central Lagos with the full complements of the requisite authority and empowerment; a well articulated Vision (Vision3-3) for growth which the generality of staff have bought into; all adding up to an unbounded optimism on the part of the MD, it is clear that success can be predicted with the exactitude of mathematical certainty.

Unassuming Chairman
The new Chairman of FUG, the former executive governor of Bauchi State, a seasoned technocrat, a politician per excellence, at the EGM, promised to build on the legacy of the out-going board to take the company to an enviable height.
With the recapitalization, and the determination of UnityKapital, everyone at the meeting felt an infectious optimism that better days are here and also ahead for FUG Pensions.