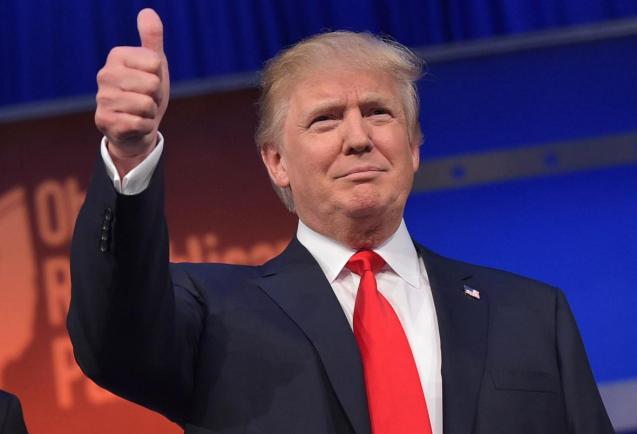 FROM late January, Donald Trump will have all the authority of the American executive, and the support of a unified Republican Congress, behind him. He will, therefore, be in a position to deliver profound and lasting change.

The near-term economic effect of a Trump presidency is perhaps not of foremost concern to vulnerable racial and religious minorities in America, or to nervous NATO allies in Eastern Europe. But the economic consequences of Mr. Trump’s presidency could be enormous, and costly.

In the short run, the market reaction will receive most attention. Mr. Trump will not be president until early in 2017, and so it falls to markets to anticipate, and price in, expected policy changes. Stock markets are set to open down today, and the election could presage a longer slump if investors feel that the uncertainty generated by Mr. Trump’s victory will harm growth and corporate profits.

But volatility, rather than a bear market, might be the more probable outcome, given the lack of clarity as to what Mr. Trump will prioritise in office. Bond prices will probably wobble a lot as markets seek insurance against risk. Normally, American bonds are the world’s great safe haven. Treasury prices look set to fall this morning, however. Traders might be second-guessing the safety provided by American government debt; the trouble for investors is that if treasuries are not safe, nothing is.

Market gyrations could be enough to do damage to the American (and global) economy, but that particular risk might be overstated. Market swings in the wake of Brexit were not as immediately damaging as many observers feared.

What’s more, there will be offsetting factors. At the moment, markets still expect the Federal Reserve to hike interest rates in December. That could quickly change if markets look unsteady, however. Central banks elsewhere in the world will also be on their guard, ready to provide more accommodation if needed.

In addition, Mr. Trump’s policy platform could be stimulative in the medium run. Though his economic plans have never been especially detailed, a few things are clear. First, Mr. Trump would cut taxes dramatically.

His tax cuts would mostly benefit the rich, which would limit the boost to demand somewhat, but a large increase in the government deficit could not help but give a jolt to the economy. At the same time, Mr Trump seems likely to increase spending on defence and on infrastructure (and, possibly, on a wall, which would seemingly count as both).

If Mr. Trump moves forward with plans to detain and deport large numbers of people that would also add to government spending. Under Barack Obama, both government spending and borrowing have fallen—despite an $800 billion stimulus—as a share of GDP; under Republican government those trends seem sure to reverse. Of course, the Fed’s reaction to government policy will determine the extent to which that fiscal boost translates into faster economic growth.

The Fed’s role in the economy could itself be under threat. Mr. Trump has expressed criticism of the monetary-policy choices of Janet Yellen. If she stays on the job her term will nonetheless be up in 2018, while Mr. Trump is president.

Before then, he will have the opportunity to fill seats on the Board of Governors. In the short run, no other policy choice is nearly as consequential as these appointments. Were Mr. Trump to push the Fed in a significantly more hawkish direction, a near-term recession would be a certainty. It is not impossible that Mr. Trump would prefer a less independent Fed committed to getting him re-elected, however, in which case policy could actually become more dovish leading, maybe, to faster growth in output and a rise in inflation.

Other policy changes would have more impact on the distribution of economic gains. If, as seems likely, Republicans repeal Obamacare, millions of Americans will lose their health insurance. That will have serious human consequence unless the government steps in with an alternative plan. (The only realistic alternative which does not lead to large numbers of people going uninsured is an extension of government-provided coverage—not something Republicans have traditionally favoured, though one hardly knows what to expect under a Trump presidency.)

Undocumented immigrants and their family members will be in a far more vulnerable position under Mr. Trump than they have been during Mr Obama’s tenure. That will reduce their ability to move, change jobs, make large investments, and ask employers for higher pay or better treatment.

If Mr. Trump manages to keep America out of an immediate economic crisis, the long-run effects of his presidency will prove most profound. The status of many international institutions is now in question. It is difficult to imagine new trade deals being completed, and old ones might be reopened or scrapped.

Mr. Trump has some leeway to unilaterally impose temporary trade restrictions, but such moves would entitle other countries to respond with punitive restrictions of their own. The outlook for global trade growth, already quite bearish relative to the hyper-globalisation of the 2000s, has darkened considerably. Other important policy changes are difficult to anticipate. One suspects that Mr. Trump will not be especially interested in international co-operation to limit tax avoidance or restrain the power of global banks.

It is possible that a Trump administration would pull support from the IMF and the World Bank, removing some of the shock absorbers in the international system. Mr. Trump has promised to reduce regulation, but it is hard to know how he will manage important economic trends, like consolidation in American industry. It is easy to see him as a corporatist, willing to give lots of room for manoeuvre to powerful firms. That could be good for profits, while also encouraging economic nationalism around the world, undermining the long-run growth potential of the American economy, and reducing the bargaining power of workers.

Some industries, like fossil-fuel companies, which had found themselves needing to tread lightly under Mr. Obama, could enjoy much more freedom under Mr. Trump. That might be good for energy producers in the short run, and perhaps for consumers as well.

On the other hand, the progress the world’s governments have made in recent years moving toward a commitment to reduce global emissions is now in grave danger. America has handed control over the world’s largest economy to a party that does not believe in global warming, at a crucial moment in the battle to keep temperature increases within a manageable range. The long-run effects of this choice could be disastrous.

Then there are the great unknowns. Mr. Trump controls the world’s most powerful military. It is hard to know how he will use it, or the diplomatic machinery of the American government. Any move toward greater conflict in the Middle East or Asia could have serious economic consequences: from soaring oil prices to market panic to interruptions in global trade. The economic and human costs of war are impossible to anticipate but frightening to consider.

Yet even if Mr. Trump does not land America and the world in a serious new conflict or a global depression, his effect on the trajectory of global growth and development could be substantial and terrible.

Mr. Trump may kick into reverse a process of globalisation which had already stalled. That will not restore to workers a golden age of prosperity and security. Instead, it will increase the extent to which the global economy feels like a zero-sum competition, increasing the risk of political conflict. It will also destroy a developmental ladder which had already been looking quite rickety.

Developing economies will find themselves less able to use trade to boost their growth potential and less able to send migrants to richer countries. At the same time, the international cooperation that occasionally provided some cushion against financial or economic hardship in the developing world could break down. And climate change will worsen.

The picture of Trump world is far darker for those outside the rich world than within it. Yet within, it is dark enough.