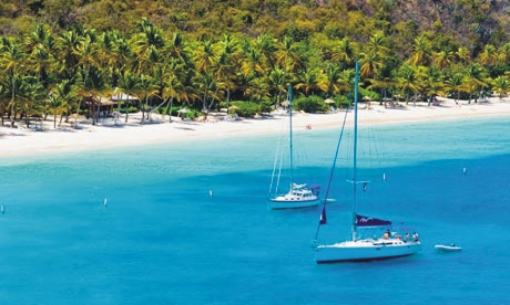 The most concerted global push ever undertaken against international tax evasion has failed to reverse the flow of funds to offshore financial centres, according to banking industry data.

Despite unprecedented action from political leaders, and a blizzard of bilateral co-operation treaties entered into by offshore centres, deposit data from the Bank of International Settlements (BIS) shows bank accounts in tax havens still held $2.7tn (£1.7tn) last year – about the same amount as in 2007.

Niels Johannesen and Gabriel Zucman, academics who were granted access to a rarely seen breakdown of BIS data, concluded: “So far, the G20 tax haven crackdown has … largely failed … Treaties have led to a modest relocation of bank deposits between tax havens but have not triggered significant flows of funds out of tax havens.”

Their findings are in sharp contrast to the official verdict on the G20 initiative inLondon in 2009. Last November Angel Gurria, general-secretary of the Organisation for Economic Co-operation and Development, the body whose job is to oversee the crackdown, told the G20 inCannes: “The era of bank secrecy is over.” Acknowledging work remained to be done in some areas, he nevertheless insisted: “It is now no longer possible to hide assets or income without risking detection.”

Presented with Johannesen and Zucman’s findings last week, Pascal Saint-Amans, the OECD’s head of tax, said: “It’s an interesting survey, but perhaps it is published a bit early. Let’s see what the impact is in a couple of years.”

However, tax campaigners claim the latest study shows getting offshore centres to sign bilateral co-operation treaties is an ineffective means of tackling the problem. Weakly worded treaties, they argue, allow signatories to request financial details only where they can already demonstrate suspect evasion activity. Reformers have called for more robust transparency treaties to weed out tax evaders.

Adding to the challenge facing tax authorities is the widespread use of corporate structures spanning multiple havens. Johannesen and Zucman’s study found that some $550bn – about a quarter of all deposits in tax havens – was owned by individuals or companies in other havens. The British Virgin Islands andPanamaare popular jurisdictions for such holding companies.

Money flowing to opaque offshore financial centres has in recent years been the subject of intense political scrutiny as many of the world’s largest economies – not least the US and Britain – have been straining to raise sufficient taxes to pay for public services and to service rising debts without choking off economic growth.

The G20 crackdown has pressured many offshore financial centres to sign co-operation treaties. Jersey andGuernseyhave signed 18 and 19 such treaties respectively. According to Johannesen and Zucman, BIS data suggests that these bilateral treaties typically lead to a 3.8% fall in the deposits held on behalf of individuals or companies from the treaty partner.

Bank deposits in Jersey have dropped by more than a half, a fall of $110bn over four years; deposits inGuernseyhave declined by 15%. By contrast, Johannesen and Zucman said, Cyprus has signed only two co-operation treaties meeting OECD criteria and saw deposit levels rise by 60%.

“The deposit gains and losses correlate strongly with the number of treaties signed by each haven,” the academics found. “The least compliant havens have attracted new clients, while the most compliant have lost some, leaving roughly unchanged the total amount of wealth managed in tax havens.”

However, they also noted that those withdrawing deposits around the time of co-operation treaties – possible tax evaders – were frequently shifting their wealth to other, similarly secretive, offshore centres where no such equivalent treaty existed.