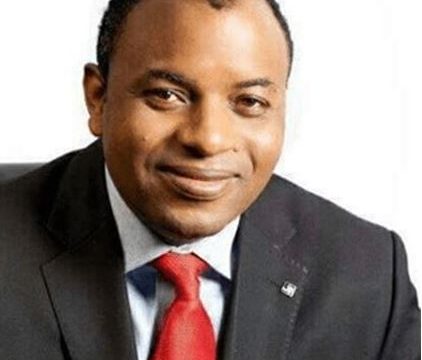 Sovereign Trust Insurance Plc will hold its 25th Annual General Meeting (AGM) on Thursday, October 22, 2020 having been granted approvals for its 2019 Annual Reports and Accounts by the National Insurance Commission (NAICOM) and the Nigerian Stock Exchange (NSE) respectively.

However, in line with the Federal Government and Lagos State directives on restriction of gatherings of large number in curbing the spread of the COVID-19 pandemic, majority of the Shareholders will be participating at this year’s Annual General Meeting of the Underwriting Firm online via a link on the company’s website on www.stiplc.com with the exception of the approved Proxies of the Shareholders.

The Chief Spokesperson of the Organization, Mr. Segun Bankole shared this information recently in Lagos while briefing newsmen in preparation for the 25th Annual General Meeting of the Underwriting Firm.

The company, no doubt showed great resilience amidst the various challenges that characterized the operating environment in the year 2019. He said, there is every reason to be appreciative to all the Shareholders and customers of the Organization who had shown great level of commitment and patronage to the Company since inception 25 years ago. According to him, this year’s Annual General Meeting is a remarkable one as the Company celebrates her 25th anniversary in the Insurance Industry in Nigeria.

Amidst the vicissitudes of 2019, the company ended the financial year under review with a great sense of optimism that the days ahead will continue to look brighter and better.

The urge to continue to maintain an enduring and comprehensive growth strategy still forms the bedrock upon which the company is built. In the midst of the avalanche of challenges that characterized the industry within the year under review, the company in its consistent manner was able to record Gross Premium Written of N10.8 billion representing a 3% increase over the N10.5 billion recorded in 2018. The net premium Income equally grew by 18% to N5.9 billion over the sum of N5.0 billion recorded in the corresponding year.

In the same vein, the company recorded a Profit Before Tax of N819million as against N541 million recorded in year 2018 representing over 52% increase. Profit after tax also stood at N503 million, a 46% increase when compared with the sum of N344 million recorded in 2018. Consequently, the Return on Capital Employed (ROCE) recorded a positive performance of 9.2% as against 8.0% achieved in the corresponding year of 2018. Similarly, the company’s Investment income rose by 20.8% from N388 million in 2019 to N469 million in 2018.

The size and quality of the balance sheet equally improved as total assets rose from N11.3billion to N13.4 billion representing a 19% increase while earning per share improved by 42% from 4.13kobo to 5.86kobo.

The Managing Director and Chief Executive Officer of the company, Mr. Olaotan Soyinka has attributed the performance to the commitment shown by every member of staff who he described as the Drivers of the organisation coupled with the fact, that the company’s Management is also dedicated to ensuring that the company takes its place of pride in the Industry.

According to him, “it is a statement of fact that we want to be a leading brand in the Insurance Industry providing top-notch and personalised services to all our teeming customers spread across the company with the support of our technology infrastructure. Our 2019 performance was not fortuitous, we worked towards it and today, we can confidently say that we will continue to better our performance as much as we can while placing serious premium on corporate governance and ethics of the business.”