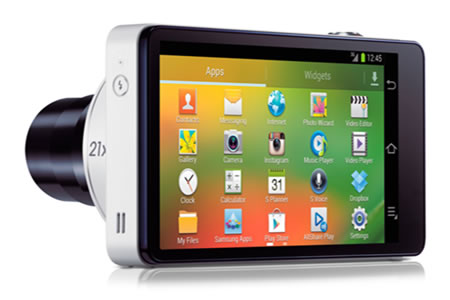 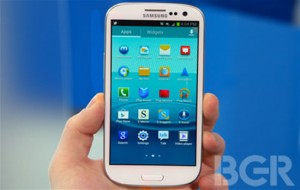 Samsung Electronics, the world’s leading electronic manufacturer has assured its consumers in Nigeria of an exciting 2013 with the introduction of innovative products that will add value to their lives. Among the products that the company’s top executives believe will shape the coming year are the newly introduced Samsung Galaxy S III Mini, which is a compact version of its rave-making flagship phone, Galaxy S III, and the recently unveiled ‘connected camera’, Samsung Galaxy Camera.

At a breakfast meeting in Lagos recently, Managing Director, Samsung Electronics West Africa (SEWA), Mr. Brovo Kim, said Samsung would consolidate its leadership of the electronics market in 2013 with the introduction of a rich bouquet of innovative and competitively priced products.

“Already, we have two brilliant products that will positively impact the market in 2013: namely, our Galaxy Camera which combines high performance photography functionality with the latest Android 4.1 platform, as well as the Samsung Galaxy S III Mini, which promises unending thrill for tech-savvy fashion leaders who desire a mobile device with maximum features in a compact, rounded package,” Kim said.

Shedding more light on some of the features of the new products, Business Head, Hand Held Products at Samsung Electronics West Africa, Mr. Emmanouil Revmatas said the Samsung Galaxy Camera was designed to fit perfectly for those who wish to shoot, edit and share high quality photographs and video easily and spontaneously from anywhere, at any time.

He added that the Samsung camera AllShare, Share Shot application allows consumers to automatically save photos the instant they are taken and users can share at the same time as they shoot them. Users can also connect to a range of Galaxy devices including the Galaxy SIII and Galaxy Note II for effortless and automatic sharing of pictures across the Galaxy family, he said.

Speaking on the Galaxy S III Mini, he said the device shares the GALAXY S III’s breakthrough design, but in addition, affords users a more comfortable grip and incredible user-friendliness.

According to him, the GALAXY S III mini is powered by Android 4.1 (Jelly Bean), the latest version of the world’s most popular smartphone operating system. “Jelly Bean has fast, fluid and smooth graphics along with a new Google Search experience featuring Google Now, which brings you just the right information, before you even ask,” he said. 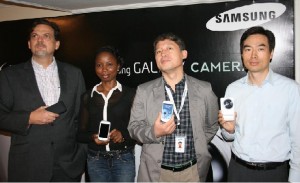 ­The first 200 trainees are set to graduate from Samsung’s Kenyan Engineering Academy in the coming weeks.

The technicians have been trained to repair and service electronic devices and equipment and are expected to significantly raise Samsung’s local after-sales service support capacity.

The company has a long term plan to train 2,000 graduates by 2015 as part of a wider plan to boost IT training skills in the country. The one-year training scheme is free to participants who are drawn from six local technical schools.

The government is pushing ahead with a programme to boost IT skills, and called on Samsung to raise its target to 4,000 trainees by 2030.