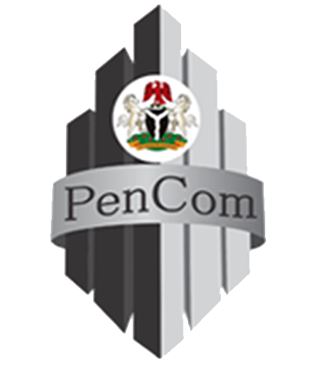 There are indications that the micro pension initiative by the National Pension Commission (PenCom) which was conceived to capture about 250,000 workers from the informal sector has suffered significant setback.

PenCom in a statement in October 2016 maintained that it would release the guidelines in mid-2017 and commence the scheme by end of the year. This, vision was halted by the new leadership in the commission.

The assumption of leadership by the Acting Director-General, Mrs. Aisha Dahiru-Umar, seemed to have slowed down the micro pension scheme due to lack of Board for the Commission.

A top official at the Commission who spoke under the condition of anonymity affirmed that there is no activity in place at the moment to kick-start the scheme.

Another official further said the lack of a substantive DG and Board is affecting the functions of the Commission.

However, the implication of the scheme not taking off as planned is that Nigerian workers in the informal sector would continue to be susceptible to old age poverty.

Micro pensions is a scheme targeted at self-employed people, especially those with irregular income, usually in the informal sector and are largely financially uninformed with limited or no access to financial services especially pension plan. This segment, which is estimated to be 70 per cent of the country’s population, largely exists in Nigeria as artisans and self-employed persons.

Former Head, Micro Pension Department at PenCom, Mr. Polycarp Anyanwu, had earlier said the commission has been collaborating with chambers of commerce, as well as other government agencies in charge of small businesses such as Small and Medium Enterprise Development Authority (SMEDAN) and is working on guidelines for the commencement of the scheme.

Anyanwu explained that micro pension initiative exists for the provision of pension coverage to self-employed persons.

He said: “Micro pension initiative exists for the provision of pension coverage to self-employed persons. In Nigeria, it covers three strata of income earners namely lowest, middle and high income earners. The commission is working assiduously to enroll 250,000 contributors within six months of the commencement of the initiative. The scheme is an offshoot of the pension industry five year strategic plan to expand the coverage of the CPS to 20 million contributors by 2019.

“The commission is also targeting the self-employed in various trades and professions in Nigeria such as artisans, accountants, lawyers, mechanics, tailors, market men/women, hair dressers, architects, engineers among others. We have reviewed the implementation of micro pension in other jurisdictions like Kenya and Ghana; formulated Guidelines and Framework on Micro Pension; consulted licensed Pension Industry Operators and enhanced its information and communications technology capacity to accommodate the scheme.

“The scheme will avail the contributor access to regular stream of retirement income at old age and improves living standards of the elderly. The contributors are to benefit from the various incentives to be offered by the PFAs adding that the initiative would deepen financial literacy and inclusion; secures financial autonomy & independence of retirees; passage of wealth to survivors in the event of death; increases National Savings and long term funds; promote growth development of the capital, mortgage and insurance markets and have positive effect on the national economy as pension assets increases”, he added.

Highlighting the challenges of the scheme, Chief Executive, Stanbic IBTC Pension Managers Limited, Mr. Eric Fajemisin said though micro pension scheme is good for the country, it has challenges.

These challenges, according to him, include insufficient awareness and negative perception towards it, modest financial literacy in the country, high cost of promoting awareness on the CPS, lack of reliable data on the informal sector and low buy-in by unions in the pension sector, among others. These challenges, he noted, must be addressed prior to commencement of the scheme and thereafter.

Fajemisin, on the other hand, said the micro pension scheme, when finalised, would ensure improved standard of living for the elderly, guarantee the safety of funds and may provide access to other incentives, such as mortgage facilities and health insurance.

He said other benefits include flexible contribution remittances, the opportunity to make withdrawal prior to retirement and the enhancement of financial inclusion and attainment of economic stability objectives.

He described the proposed micro pension scheme as having the capacity to deepen asset accumulation in Nigeria, which will also provide the vital capital required for investment in critical sectors of the economy.