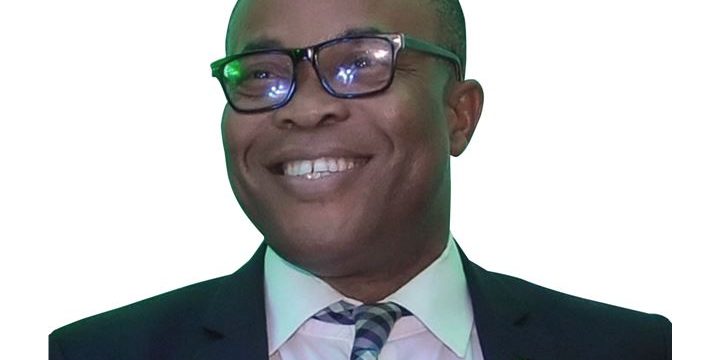 The Management of Old Mutual General Insurance Company, a subsidiary of the pan-African insurance giant and leading global financial services provider, Old Mutual Limited, has advised Nigerians to embrace insurance as a means of mitigating all form(s) of risks in their lives and businesses.

In recent years, there has been an increase in incidents of natural disasters, terrorism, financial crisis and disease outbreaks that have affected the quality of lives. In fact, as people ventures into life’s daily routine at work, on the road and even at home, their lives and properties are exposed to risks in various forms.

Families have to deal with loss of loved ones, health emergencies caused by accidents or illnesses; home and property owners face the risk of burglary, flooding, fire attacks and building collapse; business owners have to deal with the risk of damage and theft to their business premises and assets; vehicle owners are also faced with risks of motor accidents, aggravated theft and third party liabilities. Apart from the grief experienced with these risks, the resultant financial loss can be more destabilising.

While these risks may seem distant from our comfort zones, they cannot be completely eliminated and since man has not devised a means to ascertain when risks will occur; the need to mitigate against exposure to acute financial loss becomes crucial. In the light of this mounting risk of financial insecurities, insurance has been identified by experts, as an important tool to mitigate against exposure to risk. In essence, Insurance guarantees peace of mind and financial security to the insured.

However, despite the critical realities, current trends show that Nigerians are yet to truly embrace insurance as a tool for risk management. At 0.3%, Nigeria has a staggering low insurance penetration in comparison to counterpart markets in Africa – South Africa has 14.7%; Kenya 2.8% and Angola 0.8% penetration rate. Even with an estimated population of over 196 million people and a growing middle class, the National Insurance Commission (NAICOM) reports that only 1.8 million of our over 96 million adult population have any form of insurance.

A 2018 industry report on Health Maintenance Organisations (HMOs) by Agusto & Co. show the low level of health insurance coverage in Nigeria, which was estimated to be at 5.1%. What this means is that in event of an unexpected health challenge, many Nigerians will have to rely on out-of-pocket expenses to settle their medical care. This is not far from reality as there has been a rising case of Nigerians resorting to online crowdfunding campaigns to foot the huge bills of severe medical conditions, a situation which ideally insurance would protect against.

This is the same on the side of Motor Insurance. In spite of government’s effort to increase rate of adoption by making third party motor insurance compulsory, the Nigerian Insurers Association (NIA) reported that a staggering 64% of over 11.5million motorists carry fake insurance certificates.

For business owners operating in Nigeria’s tough economic and policy climate, the Small and Medium Enterprises Development Agency of Nigeria (SMEDAN) reports that only 35% of SMEs have a form of insurance to protect against business risks. Sadly, what this means is that these business ventures are at risk of being disrupted or in extreme cases failing in the event of an unfortunate incident. Entrepreneurs and investors face the huge risk of losing millions of Naira, which could have been invested in pursuit of business success.

In recent times, Nigerians have also been victims of havoc wrecked by disasters such as, heavy rainstorm, fire explosion and flooding. Many homes, properties and businesses nationwide have been destroyed and damaged – even causing loss of lives. In 2015 alone, the Nigerian Insurance Association reported that insurance companies paid a recorded 168 million Naira to insured victims of the flood.

Also, incidents of disastrous tanker explosions occurring in major metropolis in the country make a case for insurance protection. In a report by The Nation newspaper, after the 2018 Otedola bridge tanker explosion in Ojodu-Berger, Lagos, it was discovered by the Lagos State Government and the NIA that the petroleum tanker which caused havoc and 17 other vehicles destroyed in the incident were not insured. The implication of this singular incident is that the owners of the 17 vehicles cannot receive compensation for the loss they suffered on that ill-fated day and they must have been put in a place of financial discomfort caused by their loss.

By embracing insurance, Nigerians can protect their finances in spite of the risk that abound says, Japhet Duru, Executive Director, Technical, Old Mutual General Insurance Company, “We have discovered that the Nigerian perception and affinity towards insurance has remained low in spite of Nigeria’s huge population. The importance of insurance as a risk management tool cannot be underestimated. In the third quarter of 2018, insurance companies paid claims totalling N145 Billion to policyholders. By implications, the industry claims payout effectively prevented a massive economic loss which ordinarily would have caused untold financial crisis to those affected by various forms of incidents. What Old Mutual aims to fulfill in a bid to provide sound financial security and advisory services, is to educate Nigerians on how insurance affords them a well-rounded life rather than one where they fail to venture due to fear of risks.”

In a similar vein, Alero Ladipo, Marketing Executive, Old Mutual says, “When we compare Nigeria to other emerging markets, we have discovered that Nigerians are yet to fully grasp the importance of embracing insurance to mitigate the financial loss caused by risks that abound. By having this knowledge of insurance, we believe Nigerians will be able to make sound financial choices for their families and businesses.”