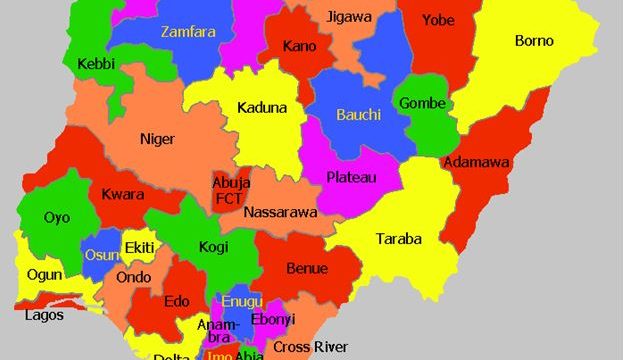 BudgIT is currently conducting its #StateofStates campaign which examines the level of transparency in the 36 Nigerian States. In its online assessment on the availability of public finance documents in State government domains, we observed that as at June 20, 2018, only 15 States in the country had published their budget documents online.

BudgIT, a civic tech transparency organisation working on holding government accountable and creating an active citizenry to improve governance is following the non-availability of States fiscal plan and urging Nigerians to demand their States budgets collectively.

It is instructive to note that only 13 States (Borno, Delta Edo, Ekiti, Gombe, Kaduna, Kano, Katsina, Kogi, Nasarawa, Ondo, Plateau and Yobe) of the 15 States are sufficiently detailed while Lagos and Kwara States provided a summary of their budgets on the government websites.

The document provided lacks actionable detail with which citizens can hold their elected officials to account. The organisation says it would like to state explicitly that Lagos and Kwara States have a history of opacity over the years and are notorious for resisting attempts by citizens to pry into the affairs of the state.

The #StateofStates advocacy continues to critically look at the proactiveness in the disclosure of information in the Nigerian States and their compliance with the Freedom of Information law where applied. Transparency in the States continues the downward swing as governments persist in denying citizens the access to relevant information.

It is commendable that the States released full budget documents to the public, but it must be published within a reasonable timeframe. The proposed budget details presented to the State House of Assembly should be made available to the public to enable them to engage their Legislators during the budget debate. Any State keen on citizen participation in governance should publish full details of the proposal with 48 hours of submission to the legislature.

The fundamental requirement of good governance is transparency, and the least form of transparency is the availability of public finance information.

Abayomi Akinbo, BudgIT Project Manager, observed:”Information on government spending from the public purse should be provided to the people by the government through various communication channels; one of which is the official state website. However, this is not the case with State governments in Nigeria.”

The organisation states: “Beyond the release of pictures and stories of projects executed, it is vital that citizens are informed of project cost to enable them to decide if the project delivered optimum value for money spent. Nigeria battles the current scourge of corruption due to the prevailing practice of opacity at federal, state and local levels. No country achieves transparency and accountability without the active participation of citizens in the management of its resources. Taxpayers must hold government accountable to enable them to enjoy the dividends of democracy.

We call on the people of the States of (Abia, Akwa Ibom, Adamawa, Anambra, Bauchi, Bayelsa, Benue, Cross River, Enugu, Gombe, Imo, Jigawa, Kebbi, Niger, Ogun, Osun, Oyo, Rivers, Sokoto, Taraba, and Zamfara ) to demand their budgets be made open and accessible to ensure the society works in their interest. We equally call on all Nigerian citizens to keep an eye on the funds and follow the money. Across the world, transparency has been noted to foster citizens trust in government and increasing investor confidence. States with partially detailed budgets documents in public domains must provide details of capital projects being executed for the fiscal year.”