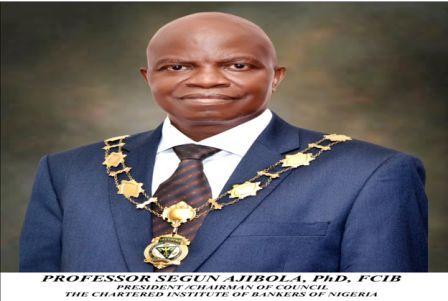 The NIGERIA in 2017 Special Report is designed to gauge the valued opinion of critical stakeholders in key sectors of the economy on the socio-economic prospect of the country in 2017.

Published below is PART ONE of the Special Report:

The year 2016 witnessed fundamental political and economic developments both on the international scene and in the country. Expectedly, several projections were made at the beginning of the year.

While some of these were confirmed, others came as a rude shock to the entire world.

Brexit and the emergence of Donald Trump as the President-elect of the United States of America were two occurrences that economic watchers and political analysts continue to wrestle with as they turned already entrenched theories on their heads. There is no gainsaying the fact that these events would have material impacts on global trade and international relations.

The Nigerian economy was also stretched along major indicators. Inflation rate hovered around 20 per cent by the end of the year. Exchange rate against the US Dollars remained at the stubbornly high level of N305.00 and N480.00 at the official and parallel markets respectively. Stakeholders are still developing strategies to salvage the country’s economic fortune which is currently experiencing stagflation or at best recession.

Social indicators such as poverty rate, inequality rate, educational attainment (both in quantity and quality), life expectancy, employment and unemployment rates, health expenditure etc. are also at their lowest ebbs.

The Niger Delta Avengers (NDA) destruction of oil pipelines continued unabated in spite of government’s efforts at tackling it and agricultural activities were badly hit by the crises between farmers and the Fulani herdsmen.

The banking and finance sector of the economy also had its fair share of the challenges even though the sector was able to weather the storm with some level of resilience. The number of bad loans, arising from the lackluster economic performance continues to increase having a telling effect on banks’ bottom lines. At the end of June, 2016, the Financial System Stability Report of the Central Bank of Nigeria noted that non-performing loans in that period grew by 158 per cent from N649.63 billion at end of December 2015 to N1.679 trillion at end of June 2016.

The Apex Bank also observed that the industry ratio of non-performing loans net of provision to capital increased significantly to 30.9 per cent at end of June 2016 from 5.9 per cent at the end of December 2015 depicting weak capacity of the sector to withstand the adverse impact of non-performing loans. The much-desired financial inclusion expected to be championed by the banking industry continued to be hampered from poor infrastructural base and security challenges in the country.

It is however necessary for me to stress the fact that the government’s fight against the hydra-headed monster of corruption is commendable albeit efforts should be intensified in this regard. The sanity being restored on the electoral process is also a major milestone in the country’s history.

The level of success in the fight against the onslaught of the Boko Haram sect is also worthy of mention when one considers the havoc wrecked by the sect on both the social and economic landscape of the country, especially the north-eastern part of the country.

Anecdotal evidence also reveals that the country’s payment systems has indeed been transformed making it one of the most vibrant in the African continent. The Central Bank of Nigeria is also bracing up to the challenge in the forex market and recession with the various policy pronouncements aimed at safeguarding the country against total collapse.

As a major stakeholder in the Nigeria’s financial services sector, The Chartered Institute of Bankers of Nigeria (CIBN) also engaged other stakeholders at different fora, all aimed at proffering workable solutions to the myriads of problems facing the country.

The themes/topics of our Conferences/Workshops/Trainings were deliberately structured to identified gaps in the economy. The outcomes and issues raised at these knowledge sessions were widely publicized to relevant stakeholders and adequately monitored to ensure the implementation of the solutions provided.

Largely, expectations on the rebound of the Nigerian economy in 2017 are mixed. While some analysts view the prospects more positively others have a rather conservative opinion about the growth prospects. For analysts with a more positive outlook, the economy would likely grow at the rate between 2.5 and 3.0 per cent. Those with a more conservative outlook, including the International Monetary Fund (IMF) has however predicted a growth rate of about 0.6 per cent.

Even if the most conservative of these growth prospects would be achieved, there is the need for the government and the financial services sector to play their roles in revamping the economy. Infact, in periods of economic downturn, nations look up to the financial services sector for its financial intermediation role. However, the enabling regulatory environment should be provided for the sector to play this central role.

In my submission, the expectations in 2017 for the general economy in Nigeria would only be premised on some fundamental structural transformation in the economy. Brexit and the United States’ election in 2016 had buttressed the fact that political and economic dynamics are being redefined and we therefore need a new approach to explaining economic data.

Hence, the expectations are subject to the governments at all levels commiting to the implementation of the following:

The Chartered Institute of Bankers of Nigeria (CIBN) has repositioned itself through the newly approved Strategic Plan for the Institute. The Plan is aimed at making the Institute a global reference point for professionalism and ethics in the banking and finance industry. In year 2017, our main would therefore be on the following:

Capacity Building – the Institute would continue to build the capacity of all banking professionals. Various trainings and workshops would be held to reflect the vital learning needs of bankers in the coming year. These trainings which would be held through the Learning & Development  and Compulsory Continuous Professional Development Divisions of the Institute and would deal with pressing issues such as innovative debt collection and recovery methods, optimal portfolio management strategies and the effective utilization of analytics.

Research – The Institute would continue, through its Centre for Financial Studies, to conduct research projects and organise knowledge events for top management staff of banks and other financial institutions with the sole aim of generating ideas on how to make the financial services industry more relevant to the entire economic value chain of the country.