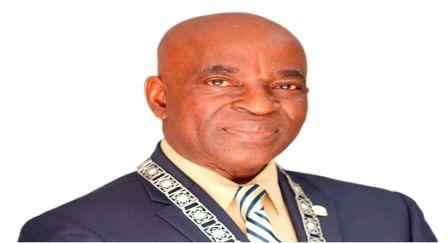 The Nigerian Council of Registered Insurance Brokers (NCRIB) has commended the National Insurance Commission (NAICOM) and Nigerian Insurers Association (NIA) over the implementation of compulsory insurances in the country.

Mr. Emmanuel Okunoren, the President of NCRIB said the Council appreciates both bodies for re-energising the campaign towards enforcement of compulsory insurances in Nigeria as enshrined in Sections 64 and 65 of the Insurance Act.

‘Needless to say that this effort will enhance the industry’s contributions to the nation’s Gross Domestic Product as well as reduce exposures to risks by members of the public who ingress and egress in those public facilities. Also, the consideration being given to the Nigerian Fire Service in the scheme of things will assist the institution in undertaking its statutory responsibilities or primary roles of fire prevention without recourse to government as it is the practice at the moment. This is the practice in most advanced countries of the world and it is my hope that the synergy would be sustained. Suffice it to say that the NCRIB will also continually collaborate with such noble intentions of this kind as they unfold.’

The NCRIB President also commended the Central Bank of Nigeria (CBN) over the recent appreciation of the Naira.

‘It is heartwarming that in the last few weeks, the Naira has been appreciating against other foreign currencies, bringing a little succor to Nigerians. To all intents, the efforts of government through the CBN in this regard are quite commendable. As a consuming nation, we all know the agonies which the weakening Nigeria posed to daily living and survival of Nigerians.’

He cautioned however, that the firming up of the Naira should be more systemic to sustain the trend, while urging the government to be unrelenting in promoting the production of local products that could be exported to earn foreign exchange in the international market.

‘Our diversification initiatives must be followed through while there should be a renewed campaign in re-orientating the minds of the citizens away from over dependence on foreign goods and services. Definitely, there is no nation that can ever develop depending wholly on foreign products.’

Okunoren expressed sadness that the insurance industry is one of the greatest recipients of the recessive economy in Nigeria, in view of its poor acceptance by the public and the low appreciation of its cardinal place in people’s order of priorities.

‘It is a known fact that insurance is often made the least of consideration and as such suffers greatly at a time of economic recession like this. This trend must definitely change with your sustained tempo of awareness creation and adherence to ethics and professionalism on the part of the operators.’