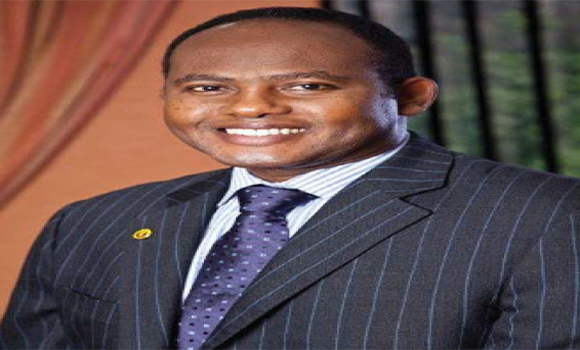 The Achievements of Africa Re since Establishment
The mission of Africa Re is to foster insurance development by supporting, assisting and working with national insurance markets in the African continent. That is the primary mission of Africa Re. When Africa Re was created as an initiative of African Development Bank following an agreement with Member States of the Organisation of African Unity (OAU), the idea was to bring together all states on the continent, provide capacity which was very rare at that time, bring capital and start doing what was being done by foreigners only.

At that time, there were only a few reinsurance companies that originated from Africa. There was Egypt Re, which was the first reinsurer in the continent and probably Arab Re, Kenya Re, Nigeria Re and Ghana Re. They were weak without a large footprint to achieve distribution of risk.

It’s important for reinsurance to do cross boarder business so that risks are not concentrated in one geographical area, in one country or in one line of business. So, Africa Re has achieved that by pooling together capacities from 41 states, and by this, I mean capital; and expertise from 109 insurance companies as well as capacities from some selected development partners from Europe. And recently we have some global insurance and reinsurance companies that joined.

There is no one company in the world that is covering each and every country in Africa in terms of reinsurance, as we do. Except for Somalia, which we have not covered because of some incidents of trouble sometimes; we are in the newest country of South Sudan.

This mission has been achieved as conceived by the African Development Bank, which targeted at bringing Africa together to foster development. We have been very lucky to have survived those times to become a company that can boast to be well managed, and we hope to continue that way.

In terms of stopping the capital flight of insurance premium out of the continent, it’s rather a tough issue. We have tried our best, but there is still a long way to go. As an organisation, we have 10 percent of the total reinsurance market share in Africa and if you combine capacities of all the other reinsurance companies, we may not do up to 25 percent.

African solidarity has not grown so much to support ourselves, and that is why in Africa Re, we go through rigorous risk management initiatives so that we can be compared with other European companies.

Sometimes, you are refused to lead a treaty even though you might have the competence and the capacity because of those kinds of ratings. That explains why we have not retained the entire businesses emanating from the continent.

What Critical Challenges Does the Industry in Africa Face?
I think the challenge with the industry in Africa has been the lack of skills and capacity. Most markets in the continent have very low capital base, which is undermining their

capacity to undertake big ticket risks. Except for countries like Nigeria that has reasonably large capital, many of the other countries have very low capital requirement and this accounts for why a lot of the businesses emanating from the continent goes offshore.

Retention is largely driven by capital base, so cession is high. Another major challenge is unhealthy competition, which is also affecting growth in most of the market. But Africa Re has continued to engage the market, the chief executive officers across the African market by organising trainings in all areas of the business for skills development as well as setting standard.

A Picture of African Insurance Market without Reinsurance
You know, reinsurance comes to augment the capacity of insurance companies to undertake risk. You can therefore see that insurance industry without reinsurance support would be very much smaller because that risks which the insurers retain will only be covered by their capital.
Insurance plays a very important role in product development and capital adequacy, and without reinsurance, there will be lack of total capacity. Insurance can retain risks to the level of their capital, but if there is catastrophe, they can easily be wiped out. Insurance companies can withstand per risk exposure, but needs reinsurance to withstand catastrophe.

The Strategy for Expansion Beyond Africa
Our strategy to go into other markets outside the continent is a very old one. Africa Re started to write businesses from Asian markets over three decades ago. We still do not have bigger appetite to write outside of the continent’s businesses for many reasons.

The first one is that Africa is our core market where we have distinctive competitive advantage because we understand the business; we are close to the business, and also our mission, because you must understand that our capital was raised by Countries and States in the Continent. Two, international business is very challenging, requiring other competencies which are not in place at the moment.

First of all, it requires a huge capacity, and Africa Re today has $800 million shareholders fund and that is very little, and even the business from the continent, we can’t take all. If you want to go outside, say Middle East. If you go to Dubai and you want to insure Emirates, which is the biggest…

To insure the big airlines in the world, your capacity will be like a drop in the ocean, something that doesn’t really make sense. So, if we had the capacity, we will first of all absorb more risk in the continent rather than going outside. What we have been doing is to partner with markets outside here, to learn what is happening and to continually update our skills and knowledge.

For example, we are developing agricultural insurance with the support of the Brazilian market, which is advanced in that area of the business, to see how we can bring it to the continent after some adjustments. We have micro-insurance in India, which is well advanced, and we have other special risks that we want to bring through our partnerships.

The Africa Re brand is designed to convey the distinctive essence of our company. Each element of our brand has been carefully selected to reinforce Africa Re’s mission, vision and values.

The new Africa Re Logo is internationally bold and forward looking. And it is also an opportunity to improve our corporate reputation because an identity is a powerful tool; because it can talk to our staff, our market. The previous logo has stayed there for 40 years and it was time to refresh it.