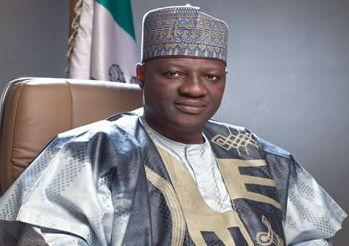 Kwara State is fully up to date with payment of pension and salaries to its pensioners and workers despite the economic situation in the country.

The Senior Special Assistant on Media and Communication to Kwara State Governor, Dr. Muyideen Oluwafemi Akorede, said the governor was able to achieve this through intense reform of Internally Generated Revenue (IGR) of the state and cutting down the cost of governance by 40 per cent.

He stressed that contrary to reports in a newspaper (not this newspaper) that the state is owing 11 months salaries and pension, the State does not have any pension or salary arrears.

He disclosed that the only arrears are with workers and pensioners at the local government level which have a separate allocation from the federal government.

He said the local governments are also not owing 11 months as speculated but only have various degrees of arrears of one and half month, 3 months or 6 months depending on the IGR capacity and the allocation.

Akorede further explained that the local government is a different tier of government and, with special regards to the case of Kwara state, is autonomous.

“The state government is not owing pension or salaries except for local governments which are a different tier of government and, with special regards to the case of Kwara state, are autonomous. Their funds by law come through the state and are allocated publicly by a body comprising the chairmen of the local governments, their treasurers and the state commissioner for finance as well as labor leaders.

“What we have are various degrees of arrears. Now, the local government allocations have dropped from about N2.7 billion on average to about N1.6 billion this month. Meanwhile, the local government councils require N2.1 billion to pay primary and junior secondary teachers, workers and pensioners, not to talk of running governance, monthly. So they pay whatever proportion of their salaries and pensions that a particular month covers. This is just due to the drop in allocation to all tiers of government in the country.

“Despite the drop in allocation, however, Governor Ahmed has often come to the aid of the local governments by augmenting their allocation. The last one was to the tune of N280 million. But these funds have to be appropriated in the budget. So, the governor’s hands are tied to the extent that he can help the local governments. The local governments cannot be blamed either. If we look at it from the perspective of a body that used to get N2.7 billion monthly allocation and has now dropped to N1.4 billion but requires N2.1billion to meet their financial obligation, such system will certainly have challenges.”

Akorede noted that the problem of local governments in the state also has to do with the fact that they are unable to generate IGR to be able to operate, pay salaries and pensions including arrears.

He, however, stated that the problem is not peculiar to Kwara State local government councils but to several other local governments in the country which have similar challenges.

He further stated that despite its comparatively lean resources, the Kwara State government also continues to implement infrastructure projects.