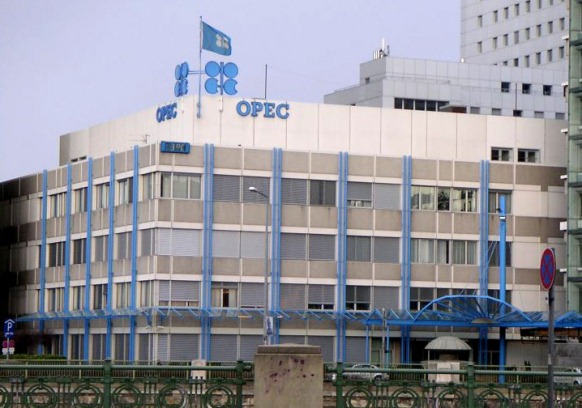 OPEC is ‘finished’ as cartel hands control of oil to markets.

OPEC which failed last week to reach an accord to stabilise oil prices, is a dysfunctional organisation that has outlived its usefulness, analysts declared.

At its meeting in Vienna , the Organisation of the Petroleum Exporting Countries failed to agree on a new production ceiling and therefore did not change its oil output policy. The cartel has been pumping oil at record levels despite the drop in global crude prices that began in 2014.

“OPEC is finished. OPEC is over,” Oppenheimer Senior Energy Analyst, Fadel Gheit said in an interview with CNBC’s “Power Lunch .”

“Shale production has completely changed the way we look at energy and it’s not going to change. The fact of the matter is that OPEC and Saudi Arabia are no longer the swing producers they were only two years ago.”

The OPEC meeting was the second high-profile policy failure in nearly as many months. In April, a summit in Doha between some of the largest oil producing economies also failed to reach a deal on setting output. The news reverberated through world markets, and left oil watchers looking for clarity provided by the OPEC meeting—which also ultimately disappointed.

The meeting’s outcome “reinforces the fact that control of the market has been handed to the market itself,” said Daniel Yergin, Vice-Chairman of IHS and a top energy expert.

Although prices have rallied in recent months, they remain well below the $100 level crude had enjoyed before the rout.

Now, “the market will dictate where oil prices will be,” said Gheit. He thinks the “new normal” for crude will be $60-$65 per barrel. He predicts that will happen in the next six to 12 months.

Gheit believes U.S. exploration and production companies will be the best-performing stocks going forward. That’s because when oil prices crashed, they got creative in cutting costs and improving operating efficiency. Therefore, the break-even point for those companies has gone down.