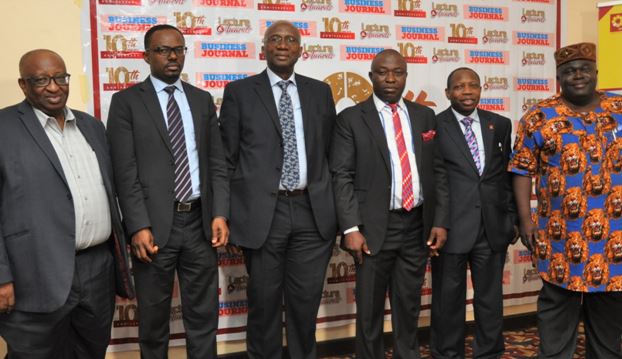 The economic growth of a nation depends largely on a number of factors among which is the level of her infrastructural development. Other factors such as macroeconomic environment, technological development, market size are very important, but the importance of infrastructure factor as a tool for economic growth is determined mainly by the quality of roads, railway, air transport and electricity supply to mention but a few.

Therefore, infrastructure services such as energy, transport, telecommunications, provision of water, sanitation and safe disposal of waste are fundamental to all kinds of household activities and economic production.  With the analysis above, we can see that infrastructure is a long term, capital intensive asset with a long life cycle.

A research conducted by Aschavier in 1989 revealed that productivity growth fell sharply in response to a reduction in public investment. Therefore, infrastructure is an important component of economic activity.  According to Dixon (1995), efficient infrastructure supports economic growth, improves quality of life and it is important for natural security.

A research conducted by Aschaer in 1995 confirmed that public infrastructure is the basis of quality of life; for example, good roads reduce the number of accidents and increase public safety;  water supply system  reduces  the  level  of  disease;  waste management improves the health of the environment. Also, social capital infrastructure has a significant positive impact on earnings.

Having looked at infrastructure, we shall now examine economic growth.

Economic growth simply put implies increase in per capital Gross Domestic Product (GDP). It is an increase in the production of goods and services over a specific period.

Economic growth leads to business expansion.  This leads to more jobs being created which consequently leads to higher demand for goods and services.

In Nigeria for instance, the Nigerian Bureau of Statistics reported that the economy recorded a GDP growth of 1.95% for the first quarter of 2018 as against 2.11% recorded during the last quarter of 2017.
The linkage between infrastructure and economic growth derives from the following factors:-

e.t.c are used as inputs for production in the directly productive  sectors e.g agriculture, manufacturing e.t.c. Insufficient  availability of the former results in sub optimal utilization of assets in the latter., and this can affect the economic growth or  otherwise of a nation.

Studies have indicated that with a 20% increase in public investment in infrastructure, Government can accelerate real growth by 1.8% points in the medium to long term i.e 6-10 years. This is further estimated to accompany a 0.2% decline in inflation rate.

Having looked at the linkage between infrastructure and economic growth, it is now convenient to relate these issues to the concept of insurance.

Insurance hinges on the concept of Risk and risk is present in every activity of human life.

Insurance is the backbone of any economy because of the basic role it plays which is to restore someone, firm, government to the position it was before the occurrence of an insured peril.  For a consideration (premium) insurance ensures the continuity of an enterprise notwithstanding the occurrence of an unforeseen event.

Channels of Promotion of Economic Growth

Offer protection to firms and organizations – in this way, their financial stability is enhanced by the insurance company taking over any damage or interruption in the production process occurring as a result of the insured events.

For instance, in Japan, the GDP is 11%, while in areas such as North America, it is about 8%.  In United Kingdom and the Netherlands, the figure is about 12%, while for France, it is about 10%.
However, in Nigeria the penetration rate is still very low.  Insurance contribution to the GDP is still less than 1%.  Efforts are on to increase this figure significantly in the coming years.

It is also interesting to look at another perspective of insurance, relative to investment in infrastructure, various forms of benefits can be mentioned.

Research has equally shown that there is a linkage between insurance, infrastructure and economic growth. For example, investment in infrastructure leads to good quality of life.  These automatically lead to improvement in mortality rate and consequently reduce death claims under life insurance.  Also, good roads will reduce the number of accidents thereby leading to reduction in claim on motor insurance, goods in transit Insurance and group personal accident insurance e.t.c.  This will ultimately lead to a better, stronger and a healthier insurance industry.

In addition, availability of data helps in the generation and preparation of good statistics that are useful in preparing rate guide for insurance.  Good infrastructure will ensure this.

Without any doubt, it is very obvious from the above analysis that investment in infrastructure will result in the growth of the economy of any nation.

The attendant insurance needs resulting from such economic growth will be to the benefit of the insurance industry.