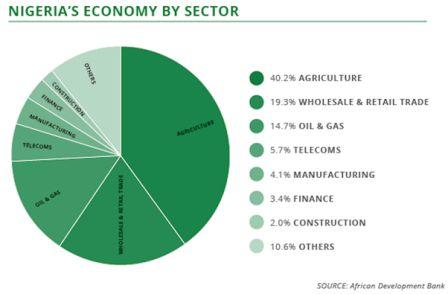 The International Monetary Fund (IMF) has affirmed slight growth of the Nigerian economy in the short-term but insists that more is needed to generate sustainable recovery.

Let me tackle the general question and then pass it on to Cathy for the specific comment on Nigeria. One question that is perfectly legitimate is: Why is it the case that, given that we have this recovery around the world, we are calling to countries to do more, to do more to promote inclusive growth, to do more to fight inequality, to do more to increase the growth rate of potential GDP? Why is it?

Well, because when you look at the details, there are many things that need mending. One, which is particularly relevant for Africa, is that not all countries share in this upswing. Too many countries in Africa had GDP per capita falling in 2016. And even for the medium term, there are quite a few that will be growing less than advanced economies. There are many countries in Africa that will not be catching up. So, not all countries are sharing in the growth of the global economy.

And then there is the point that you referred to, which is distribution of income, access to basic services like public infrastructure, health, and education. Poverty is still an issue in Africa.

In Africa, we very much emphasize tax capacity. In many African countries, it is necessary to increase the capacity of countries to mobilize tax revenue so that they can fulfill their role in promoting inclusive growth and that for Africa, for Sub‑Saharan Africa, is the main challenge.

For Sub‑Saharan Africa, since the mid 1990s, there was a lot of growth acceleration, and that allowed average inequality to fall and poverty to be significantly reduced in many countries. Nigeria is one of the countries where initially from the mid‑nineties inequality fell, but then there was some resurgence more recently.

The factors explaining the different drivers of inequality across countries are very complex. Mr. Gaspar has touched on some of the factors. For Nigeria, as you heard in the WEO press conference, in the short term, there is some resumption of economic growth, but real per capita income with current policies will remain flat. So, you are not going to be able to address inequality and poverty without resuming growth and per capita growth. The priorities are fiscal consolidation that will mainly be driven by revenue mobilisation, nonoil revenue. And that building of capacity will allow the funding of expenditures: education, health, infrastructure, and the servicing of debt.