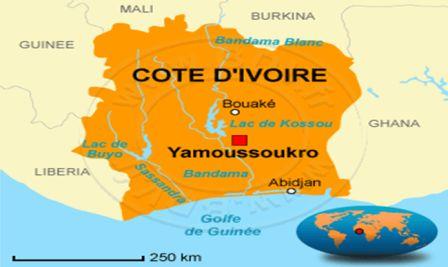 In its report on the economic outlook for the sub-Saharan region updated in October 2016, the International Monetary Fund (IMF) said Cote d’Ivoire, except a last minute turn of event, would record the highest growth rate in the region between 2016 and 2018.

The West African nation should thus fare better than Ethiopia, Rwanda, Tanzania and Senegal over the period considered. According to official data, it controlled inflation and thus comes out of a 10-year socio-political crisis. The country indeed seems to have recovered its stability, at least in the economic aspect.

The IMF however believes Ethiopia will snatch this position from Ivory Coast in 2018, being a real engine for growth in a sub-Saharan Africa whose global economy has been negatively affected by the slump in prices of commodities and a smaller international aid. The institution expects Rwanda will be next at the top of the rankings in 2020, and remain there until 2021.

Overall, Ethiopia, with an average growth of 8% till 2021, should be first over the period. It would however first have to deal with the persistent seeds of socio-political crises. The WAEMU also makes significant progress with two of the region’s countries, Cote d’Ivoire and Senegal, securing a place in the top 5 of nations that will drive up sub-Saharan Africa’s growth over the next five years.

It should be mentioned however that Cote d’Ivoire’s remarkable macroeconomic performance hides a structural weakness concerning the external counterparts. Indeed the nation’s recovery attracted many foreign investors and service providers who cause current deficit to go up, weaken balance of secondary revenues and expose the country’s external position to global issues.

In the framework of a recently signed facility, IMF reminded Abidjan of the progress of its public deficit. The government presently works to diversify the economy, while putting a peculiar emphasis on reinforcing primary sector (agriculture and exploitation of natural resources).

However, the country will have to overcome various challenges (land, capital, expertise…) before concretely impacting populations’ lives. Moreover, the government keeps officially rejecting that it records a deficit in terms of traded goods and services, just boasting of agricultural sales; despite a recent report from the World Trade Organisation which clearly reveals the opposite.

The issue is in fact listed among challenges to be solved with the facility recently provided by the IMF. Under the agreement related to the facility, Cote d’Ivoire is to overcome this deficit over the next three years.