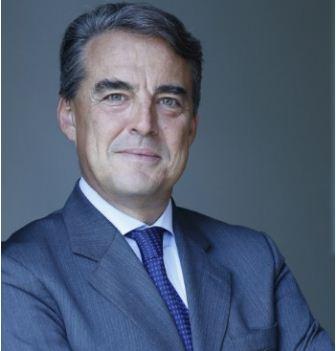 The International Air Transport Association (IATA) has announced that it expects the global airline industry to make a net profit in 2017 of $29.8 billion.

On forecast total revenues of $736 billion, that represents a 4.1% net profit margin. This will be the third consecutive year (and the third year in the industry’s history) in which airlines will make a return on invested capital (7.9%) which is above the weighted average cost of capital (6.9%).

IATA revised slightly downward its outlook for 2016 airline industry profitability to $35.6 billion (from the June projection of $39.4 billion) owing to slower global GDP growth and rising costs. This will still be the highest absolute profit generated by the airline industry and the highest net profit margin (5.1%).

“Airlines continue to deliver strong results. This year we expect a record net profit of $35.6 billion.  Even though conditions in 2017 will be more difficult with rising oil prices, we see the industry earning $29.8 billion. That’s a very soft landing and safely in profitable territory.

These three years are the best performance in the industry’s history—irrespective of the many uncertainties we face. Indeed, risks are abundant— political, economic and security among them. And controlling costs is still a constant battle in our hyper-competitive industry,” said Alexandre de Juniac, IATA’s Director General and CEO.

“We need to put this into perspective. Record profits for airlines means earning more than our cost of capital. For most other businesses that would be considered a normal level of return to investors. But three years of sustainable profits is a first for the airline industry. And after many years of hard work in restructuring and re-engineering the business the industry is also more resilient. We should also recognise that profits are not evenly spread with the strongest performance concentrated in North America,” said de Juniac.

While airline industry profits are expected to have reached a cyclical peak in 2016 of $35.6 billion, a soft landing in profitable territory is expected in 2017 with a net profit of $29.8 billion. 2017 is expected to be the eighth year in a row of aggregate airline profitability, illustrating the resilience to shocks that have been built into the industry structure. On average, airlines will retain $7.54 for every passenger carried.

The negative impact of a lower load factor is expected to be offset somewhat by a strengthening of global economic growth. World GDP is projected to expand by 2.5% in 2017 (up from 2.2% in 2016). Along with structural changes in the industry, this is expected to help stabilize yields for both the cargo and passenger businesses. This is a welcome development as yields (calculated in dollar terms) have fallen each year since 2012.

There is some optimism over the prospects for the cargo business in 2017. The break in falling yields and a moderate uptick in demand (3.5%) will see cargo industry volumes reach a record high of 55.7 million tonnes (up from 53.9 million tonnes in 2016). Industry revenues are expected to rise slightly to $49.4 billion (still well below the $60 billion level of annual revenues experienced in 2010-2014). Trading conditions remain challenging.

“Connectivity continues to set new records. We expect nearly 4 billion travelers and 55.7 million tonnes of cargo in the coming year. And almost 1% of global GDP is spent on air transport—some $769 billion. Air transport has made the world more accessible than ever and it is a critical enabler of the global economy,” said de Juniac.

“Governments, however, do not make aviation’s work easy. The global tax bill has ballooned to $123 billion. Over 60% of countries put visa barriers in the way of travel. And the total number of ticket taxes exceeds 230. Billions of dollars are wasted in direct costs and lost productivity as a result of inefficient infrastructure. These are only some of the hurdles which confront airlines. Our aim is to work in partnership to help governments better understand and fully maximize the social and economic benefits of efficient global air links,” said de Juniac.

The strongest financial performance is being delivered by airlines in North America. Net post-tax profits will be the highest at $18.1 billion next year, although down slightly from the $20.3 billion expected in 2016. The net margin for the region’s carriers is also expected to be the strongest at 8.5% with an average profit of $19.58/passenger. In 2017 capacity offered by the region’s carriers is expected to grow by 2.6%, slightly outpacing expected demand growth of 2.5%. Recent consolidation continues to underpin the region’s strong profitability, even as the region faces upwards cost pressures which include the price of fuel.

Airlines based in Europe are expected to post an aggregate net profit of $5.6 billion in 2017 which is below the $7.5 billion for 2016. Nonetheless, carriers there are forecast to generate a 2.9% net profit margin and a per passenger profit of $5.65. There remains a significant gap between the performance of the region’s carriers and the performance of North American ones. Capacity in 2017 is expected to grow by 4.3%, ahead of demand growth which is forecast at 4.0%. The region is subject to intense competition and hampered by high costs, onerous regulation and high taxes. And terrorist threats remain a real risk, even if confidence is starting to return after the tragic incidents in recent times.

Airlines in the Asia-Pacific region are expected to generate a net profit of $6.3 billion in 2017 (down from $7.3 billion in 2016) for a net margin of 2.9%. On a per passenger basis average profits are anticipated to be $4.44. Capacity offered by the region’s carriers is forecast to grow by 7.6%, ahead of a forecast growth in demand of 7.0%. Improved cargo performance is expected to offset rising fuel prices for many of the region’s airlines. The expansion of new model airlines and progressive liberalization in the region is intensifying already strong competition. In addition profitability varies widely across the region.

Middle Eastern airlines are forecast to generate a net profit of $0.3 billion for a net margin of 0.5% and an average profit per passenger of $1.56. This is below the $900 million profit expected in 2016. Average yields for the region’s carriers are low but unit costs are even lower, partly driven by the strong capacity expansion, forecast at 10.1% this year, ahead of expected demand growth of 9.0%. Threats are emerging to the success story of the Gulf carriers, including increases in airport charges across the Gulf States and growing air traffic management delays.

Latin American airlines are expected to post a net profit of $200 million, which is slightly lower than the $300 million forecast for 2016. Profit per passenger is expected to be $0.76 with a net profit margin of 0.7%. Capacity offered by the region’s carriers is forecast to grow by 4.8% which is ahead of expected demand growth of 4.0%. Despite some signs of improvement in the region’s currencies and economic prospects, operating conditions remain challenging, with infrastructure deficiencies, high taxes, and a growing regulatory burden across the continent. Venezuela continues to block the repatriation of some $3.8 billion of industry funds in contravention of international obligations.

Carriers in Africa are expected to deliver the weakest financial performance with a net loss of $800 million (broadly unchanged from 2016). For each passenger flown this amounts to an average loss of $9.97. Capacity in 2017 is expected to grow by 4.7%, ahead of 4.5% demand growth. The region’s weak performance is being driven by regional conflict and the impact of low commodity prices.

The modest revision from previous expectations largely is owing to two factors:

Slower global GDP growth: 2.2%, which was below mid-year expectations of 2.3% growth.

The Business of Freedom

“Air transport is the business of freedom. The safe and efficient global movement of goods and people is a positive force in our world. Aviation’s success betters peoples’ lives by creating economic opportunity and supporting global understanding. We must stand firm in the face of any rhetoric that would put limits on aviation’s future success,” said de Juniac.

Some key indicators of the strength of global connectivity include: