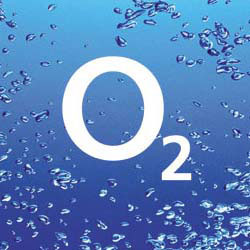 While the European Commission’s decision to block CK Hutchison’s planned acquisition of Telefonica’s British mobile operator O2 is credit negative for both Telefonica and CKHH’s UK telecoms operations, its consequences will be mixed for Europe’s telecoms sector, says Moody’s Investors Service today in a new report.

“The failed deal will likely accelerate fixed-mobile consolidation in the UK with Telefonica looking for another buyer for O2. On the other hand, we expect the pace of in-market mobile consolidation in the broader European telecoms market to slow as the fear of increased regulatory limitations rises,” says Iván Palacios, a Moody’s Senior Vice President and author of the report.

UK fixed-line providers Virgin Media Inc., Sky plc and Talk Talk are the most likely candidates to buy O2. A merger with any of these players is unlikely to have the same level of regulatory restrictions as a mobile merger, as it would not remove one of the mobile players in the market.

However, the collapse of the merger is credit negative for European telecoms as it will make mobile in-market consolidation less likely.

While the European Commission has approved similar deals in the past, in recent months it has toughened its stance toward approving mobile consolidation mergers. This is because it believes remedies, such as allowing more Mobile Virtual Network Operators into the market, have been ineffective in terms of maintaining healthy competition.

This is the second merger between mobile operators in Europe (the first one was the merger between Telia Company AB and Telenor ASA in Denmark) that has been derailed due to remedy competition conditions imposed by the European Commission.