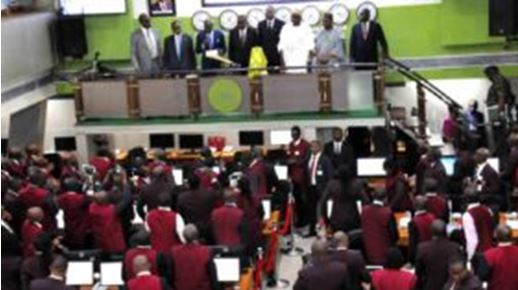 Saturday, April, 21, 2018 marked the one year anniversary of the CBN’s (Central Bank of Nigeria) launch of the Investors and Exporters’ (I&E) FX window.

Although the policy was pitched almost a year after the CBN originally reneged on the June 2016 announcement of a transition to a flexible foreign exchange framework, initial scepticism which greeted I&E fizzled within weeks post-introduction after FX transactions in the window cumulated to US$1.9bn by May-2017.

The singular act of a market reflective pricing of foreign exchange, coupled with the recovery in global oil prices as well as the stability in domestic production, following cessation of militancy attacks on oil installations, reset the stage for a broad based macroeconomic rebound.

Shortly afterwards, exacerbating inflationary pressures began to moderate – settling at 13.3% in March 2018, the economy slipped out of recession in Q2:2017 and grew 0.8% Y-o-Y in 2017, pressure on consumer spending power also tapered while recovery from external sector shock materialized amid improved export figures (most especially from crude oil).
Most remarkably, Foreign Portfolio Inflow (FPI) data has reflected the attraction of foreign investors into the Nigerian equities market with inflow into equities accounting for 29.7% and 49.6% of total capital and FPI flows respectively; resulting in a 42.3% equity market return in 2017 with NSE ASI as the 11th best performing index in the World and 2nd in Africa.

In line with historical trend, domestic investors joined the bandwagon towards Q4:2017 especially after the gradual moderation in fixed income yields following the FGN’s decision to restructure debt portfolio and the CBN’s cessation of long dated OMO bill offerings.
Whilst FPI flow recovery post I&E introduction is nearing the pre-2014 shock levels of US$14.9bn with the 2017 inflow at US$7.3bn, attraction of Foreign Direct Investment (FDI) has been steadily slow, dwarfing the 2014 annual levels by 56.9%, notwithstanding structural reforms policy document rolled out by the fiscal Authority.

The Economic Recovery and Growth Plan (ERGP), despite having a launch date preceding the I&E, has achieved very little in generating patient real sector FDI flow with long lasting impact on employment and growth; thus begging the question; Where is our FDI?

What do equities hold for the rest of 2018 and are there still bright spots for the market in the build-up to the 2019 General Elections? Should Investors “Sell in May and Go Away“ or are there still cherry-picks plausible for potential upsides?