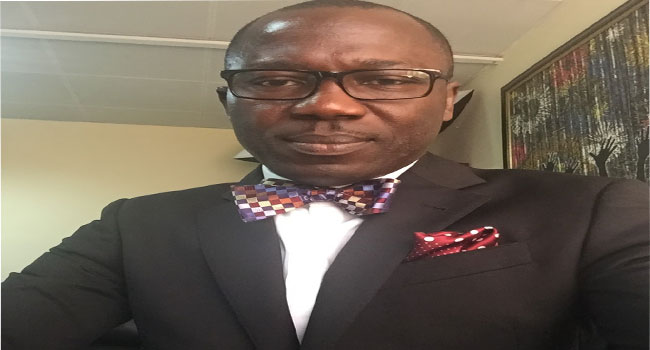 The financial cost of the 2012 flooding across Nigeria was officially put at N2.6 trillion by the National Emergency Management Agency (NEMA). With housing and agriculture being the two highest affected sectors, the crisis dealt very hard blows on the affected communities and food production.

On the one hand, the huge financial loss highlights the scale of the natural disaster and the humanitarian needs that attended it.

On the other hand, the financial cost is so huge that, given the fiscal constraints to meeting these needs, the affected communities will bear the brunt of the disaster for many years. This is quite unfortunate.

In Africa, drought, flood and cyclones have been wrecking havocs on livelihoods in communities and across countries. For example, a severe drought between 2011 and 2012 affected the whole of East Africa. As a result, over 9.5 million people experienced crushing food shortages; and the disaster also brought about a refugee crisis.

The prospects of extreme weather shocks show that African populations are increasingly susceptible to climate risks. The grim reality is that some people would be traumatised again and again, by repeat experience going by the large size of the areas that are prone to these risks, and the harrowing experience of displacement.

Climate disasters are likely to occur more frequently in light of the rise in global temperatures and the rise in sea levels.

Precisely because of very limited capacity for crisis response, Africa is especially vulnerable to climate disasters.

With the certainty of natural disasters, the challenge to surmount them is how to build resilience in vulnerable communities and deliver timely assistance when the risks crystallise. These are no mean challenges at all, given my affinity to the Nigeria 2012 experience.

Many of us often dismiss the capability of Africa to rise to this and many other daunting challenges on the continent, citing lack of political will and effective policymaking to unlock the required resources; not least financing. But this is not always the case.

African policymakers came together in 2012, under the aegis of the African Union (AU), and founded the African Risk Capacity (ARC) as a specialised agency for financing climate resilience and crisis response.

The initial returnable fund of $90 million was provided the Agency by the governments of Germany, through BMZ and KfW Development Bank; and the United Kingdom, through DFID.

The objective is to provide African countries with early funds, linked to pre-defined national climate contingency plans, and for leading response in the event of climate disasters. This initial assistance is hoped to reduce Africa’s reliance on external funding to address climate risks.

The ARC is a weather insurance mechanism for the member-countries of AU with the combination of a climate risk analytic, the Africa RiskView; and a financial arm, ARC Insurance Company Limited. Africa RiskView is a risk modelling platform, which provides early warning and parametric insurance tools that trigger the need for an insurance payout when the risk that is covered crystalizes. This automated process aids the objective of delivering timely response.

The ARC is already off the ground. No less than 37 countries have signed up to the initiative, including Nigeria. The initial risk pool, which covered the 2014/2015 rainfall seasons, consisted of Kenya, Mauritania, Niger and Senegal. The drought insurance policies issued to the countries totalled nearly $130 million in coverage for a total premium cost of $17 million.

The first set of insurance payouts, totalling over $26 million, has been made under this initiative in January 2015, with Mauritania, Niger and Senegal benefiting as a result of drought conditions in these countries in 2014. Five other countries have since joined the pool. This has increased the drought coverage for the 2015/2016 rainfall seasons to over $190 million.

However, the ARC aims to do much more. It targets up to 30 countries for coverage of its drought, flood and cyclone policies, totalling approximately $1.5 billion by 2020. An estimated 150 million Africans will benefit from the risk covers.

For this, however, only $300 million in premium payments is required. This underscores the cost-benefit of early intervention through the African Risk Capacity which guarantees that every dollar spent on its insurance saves nearly four and a half dollars that would be spent after a crisis is allowed to crystallize. The potent question therefore is, how do Africans push towards the target coverage of the scheme? This question has engaged my thought as we need to ensure that Africa does not continue to be a graveyard for good initiative, due to lack of awareness, cynicism and inability to put our money where our mouth is.

Irrespective of the cost-benefit of this risk insurance, it potentially faces the general apathy towards insurance in Africa, which makes the continent the least insurance-protected region of the world.

This challenge can be surmounted, in part because of the governmental stakeholding of the ARC and because it can be a basis of peer review by the NEPAD (New Partnership for Africa’s Development) with regard to citizen protection from natural disasters.

But there is also a need to leverage local advocacy. Sufficient awareness needs to be raised at national level about this scheme. Civil society actors can take this further by intimating local representatives, especially legislators, on the need to provide covers for the vulnerable communities they represent rather than having to face the challenges of responding to the humanitarian crises that often follow such disasters.

Nevertheless, as it has been identified in some countries, payment of the required insurance premium could be daunting. From a fiscal point of view, it is admissible that many African commodity-exporting economies are already facing challenges in meeting existing commitments, as commodity prices have remained depressed.

However, the sheer impact of natural disasters as we have seen them in recent years can put even more serious pressure on the fiscal regimes. When the governments are confronted with the ensuing humanitarian crises, the financial and humanitarian costs of a crisis-response would very likely outweigh the insurance premium cost.

Therefore, it becomes the case of setting smart financial priorities, leveraging the little amount in premium payment to deliver quick and effective assistance to citizens affected by natural disasters.

In response to the 2012 flood crisis in Nigeria, the country’s billionaires were mobilised to raise financing for the humanitarian needs of the affected people. This ad hoc approach, for sure, cannot deliver assistance on a timely basis. However, the reactive model can significantly transform, if the private sector social funders help to contribute to the payment for insurance premium under the ARC mechanism.

Given the opportunity for public private partnership provided by the initiative, it would be appropriate for each national government that has signed up to the ARC to set up a central office to coordinate resource mobilization and private sector engagement.

The point is that Africa can leverage its recent successes in private sector development, reducing the dependence on development assistance from governmental and private foundations from outside the continent.

The ARC has a governance structure that is representative of its stakeholders. Signatories to the initiative make up the Conference of Parties, the main governance body for the Agency.

Africa’s influential global leader in finance and economic development, Nigeria’s Ngozi Okonjo-Iweala is the Chair of the Governing Board of ARC, with other executives of proven competencies running the Agency.

The ARC will likely show that, with little external assistance, combined with the resources of African governments and increased private sector prosperity, the continent can deliver disaster recovery to its vulnerable populations. This just has to be the case, given the outlook of climate risks.

Blockchain Spending in Africa, ME Targets $81m in 2018