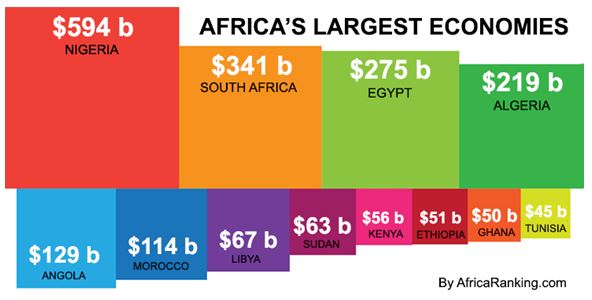 Africa’s pace of economic growth is set to pick up this year but the recovery remains patchy and debt levels are soaring, adding urgency to the continent’s drive to boost trade, experts told the World Economic Forum on Africa.
There are clear bright spots. Five of the world’s fastest-growing economies – Ghana, Ethiopia, Senegal, Côte d’Ivoire and Rwanda – are in sub-Saharan Africa, said Albert Zeufack, Chief Economist for Africa at the World Bank.
Still, the macroeconomic threats to the region are growing as escalating trade tensions between China and the United States threaten a global slowdown.
“The risks to the macro outlook are mostly on the downside,” Zeufack said. “The recovery on the continent will remain fragile.”
Rising debt levels are fuelling vulnerabilities, especially as external debt is shifting from the public to the private sector, making it imperative to keep Africa’s growth engine humming smoothly. “For as long as you have improving growth prospects and for as long as you are able to contain deficits, then the debt situation can be contained,” said Lesetja Kganyago, Governor of the South African Reserve Bank.
The African Development Bank forecasts the continent’s GDP will increase by 4.0% this year, up from 3.5% in 2018, putting its growth rate ahead of the global average. But the World Bank has a more cautious view for sub-Saharan Africa, where growth is expected to increase to 2.8% from 2.3% in 2018.
Worryingly, growth in Africa’s two largest economies and its biggest democracies, South Africa and Nigeria, is holding the continent back. Kganyago said stripping out these two from the calculation leaves the rest of Africa with a much more respectable growth rate above 5%.