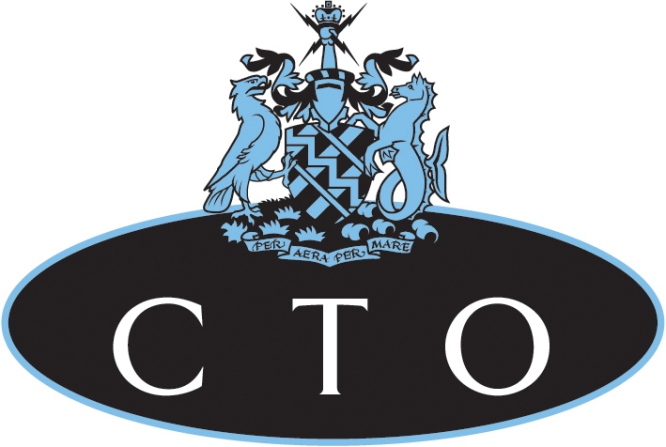 The report of last month’s Commonwealth ICT Ministers Forum in London shows public and private sectors coming together to help accelerate ICT development in Commonwealth countries.
Held every two years as a closed-door meeting, the event included a two-day open conference for the first time.
Called the Open Forum, it provided industry and government leaders with an opportunity to discuss challenges and solutions to ICT adoption in the group of nations.
On the eve of the Open Forum, the ministers issued a Declaration at the end of a closed-door meeting that endorsed the CTO’s strategy for supporting member countries over the next four years. Key issues addressed in the Declaration included broadband, cyber-security, applications and Commonwealth coordination.
CTO’s Secretary-General, Shola Taylor, the Hon Dr Emmanuel Mallia, Minister for Competitiveness and Digital, Maritime and Services Economy, and Chairman of this year’s Commonwealth ICT Ministers Forum, and Commonwealth Secretary-General the Rt Hon Patricia Scotland at the opening of the closed-door ministerial meeting, 14 June, 2016, London
“Contributions from the private sector at this year’s event were very constructive, and from the various comments I’ve heard during and since the event, the addition of the Open Forum has been a success,” said Shola Taylor, Secretary-General of the CTO.
Key outcomes of the two-day open conference were as follows:
· Competition is an important factor that must be allowed to flourish in order to drive innovation and creativity, especially when we take into consideration the rollout of new fibre networks and the mobile network transition from 3G and 4G to 5G.
· Bridging the digital divide is profoundly important if we want to transform our global economy to a digital economy. The Internet of Things will see 20 billion devices connected, possibly by the end of the decade.
· The digital divide still remains large, with 60% of the world population still offline. Four billion people still don’t have Internet access, and this gap is visible within individual countries, between the rich and the poor as well as between urban cities and rural villages.
· With crimes being committed at an alarming rate online, the need for accountability in cyberspace is fundamental.
· Market liberalisation, independent regulators, encouragement of new technologies, new financing models, making broadband access a legal right, are several key factors that can help reduce the urban/rural digital divide.
· Giving young people access to broadband technology is a key factor in driving forward the economic development of countries.
· Due to its decreasing cost of service, high performance, high reliability and capability to provide universal coverage, satellite technology is a very viable option for delivering both fixed and mobile broadband services to rural and remote areas of a country.
· 5G technology will require large blocks of spectrum within the frequency bands identified by ITU WRC-2015 for study for accommodation of 5G; In addition, the C band, the Ka band and the Ku band will need to be protected due to the large investments that satellite companies have made in satellite systems in these frequency bands.
Companies that took part in the Open Forum ranged from service providers and manufacturers, such as Avanti and Huawei, to carriers and operators. International organisations and leading associations such as the ITU, ITSO and GSMA also took part in the event.
David Williams, Chief Executive Officer of Avanti Communications, a UK-based Ka-band satellite operator and CTO sector member said: “Data-hungry consumers, businesses and government organisations across the Commonwealth require reliable, flexible broadband infrastructure to bridge the digital divide. Avanti’s HYLAS satellite fleet is helping to achieve this today, as it covers a significant number of CTO member states. Many more will be included when our latest high-throughput satellite, HYLAS-4 is launched early next year. It was welcome that, during the recent Commonwealth ICT Ministers Forum in London, senior government officials acknowledged Avanti’s positive role in addressing the digital strategies of Commonwealth countries.”
“We live in an age of global connectivity that is delivering social, health, education and economic benefits to mankind. This connectivity is equally important to developing and developed economies. However, we face a universal threat from cyber attacks, which puts at risk the benefits achieved to date and future opportunities for local and global economies,” said David Francis, European Cybersecurity Officer at Huawei Technologies.
“It is vital that all stakeholders play an active role, therefore Huawei commend the Commonwealth ICT policymakers for their recognition of the global nature of the supply chain, and their commitment to a collaborative approach to address the cyber threat,” Francis added.