The presidential election was over on Saturday, March 28, 2015. It is now a historical document for academic research and street political analysis.

On March 28, CHANGE triumphed over TRANSFORMATION AGENDA, leading to the emergence of General Muhammadu Buhari as President-Elect, Federal Republic of Nigeria.

On May 29, Buhari will assume the leadership of the nation, bringing to an end, the regime of Goodluck Jonathan.
For Buhari, it is a long road to Aso Rock.

Three times he contested and lost. And three times he dusted the stinking ashes of defeat to rise again to seek for the same office. And on the fourth effort, he won. Either fortune smiled on him or the Gods took pity on him and handed him the office to break the cycle of defeat and save him from the poisoned pen of harsh historians and political propagandists. 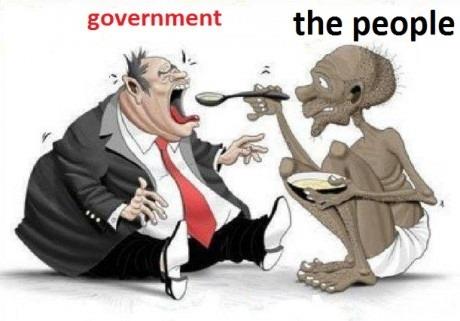 Now the election is history. The victory drums shall cease their resonant tunes on May 28. On May 29, Buhari will commence the hard journey of running a nation facing multiple socio-economic and security challenges.

For Nigeria, Buhari will be a real CHANGE agent if he is able to get the economy right.
It is therefore imperative for the in-coming administration to avoid the beaten path and forge a new pathway to sustainable economic renaissance.

The Oil Curse
That economic renaissance must begin with rejection of oil as the Saviour of Nigeria. We must innocently pretend that oil died yesterday after a brief illness and was buried last night in the forbidden forest like a cursed soul. The more oil remains alive, the more Nigeria will continue to die per second.

Oil is the Number One enemy of Nigeria-it must die for Nigeria to live.
Since 1958, oil took away the independence of Nigeria-sapped the energy of Nigeria-dried the creative spirit of Nigeria.

The Miracle of 2014
2014 must remain a historical milestone for Nigeria. In that glorious year, the price of oil began to tumble in the international market, leading to economic uncertainty and budget reversals in the land.

Many decried the oil shock as a bad omen for Nigeria.

In my candid opinion, it is a Gift from God to turn this nation away from easy but unpredictable source of daily bread. It represents a golden opportunity for Nigeria and Nigerians to tap into our natural mindset to create sustainable wealth.

Path to Economic Renaissance
Our path to better life is through diversification. Even before the oil shock, there existed and still exists in Nigeria, a mysterious and severe disconnect between rising oil revenue, official growth in Gross Domestic Product (GDP) and growing high level of unemployment and poverty.
This scenario clearly presents an economic nightmare for the government and other concerned stakeholders in the Nigerian economy and business community.

Accordingly, the Buhari Administration must re-draw the economic architecture of Nigeria through invigoration of 5 key sectors:

• Tourism: Tourism is a silent generator of wealth and employment. According to official figures, tourism currently contributes about 1% to the GDP and employs an estimated 800, 000. It can do better than that. Developing the available tourist resources will unearth the sector to more local and international visitors.

• Manufacturing: A nation that lives on what others produce is not worthy of its independence. The government must checkmate the porous borders to control indiscriminate dumping of cheap goods and then provide strong liberal support to the manufacturing sector to produce alternative goods for consumption.

We can take a cue from Germany and Japan after the Second World War, and then to China, which is today, the second largest economy on earth. The message is simple: manufacturing creates sustainable wealth and jobs, not oil.

• Agriculture: In real terms, agriculture is the king of the Nigerian economy. Besides providing food to sustain the population, it generates valuable jobs and raw materials to power the few surviving industries. Greater investment will create modernised agriculture sector, away from subsistence farming. It is estimated that agriculture employs 70% of Nigerians and contributes to rural economic growth. Greater investment in agriculture will generate more value for the nation.

• Mining: Since the black gold was discovered, Nigeria blindly forgot the economic importance of other mining resources quite abundant in our soil. Retreating to harness coal, gold, barite,iron-ore, lead-zinc, bitumen, limestone etc would be a pragmatic effort towards reducing the uneven reliance on oil.

In 2012, KPMG did a report on the Nigerian Mining Sector and listed the challenges as project funding, infrastructure, security, illegal mining and community agitations. The government can initiate efforts to leapfrog these challenges and let the nation reap from these natural endowments.

• Technology: The journey of a thousand miles begins with just one step. We cannot remain consumers of foreign technological products and services forever. Already, some Nigerians have taken up the challenge of initiating the first steps in form of computer and vehicle assembly plants, including home-grown software.

As the Buhari administration takes stage in a matter of weeks from now, reworking the economy of Nigeria should be a major priority to reduce poverty and unemployment, and more importantly, create sustainable wealth.