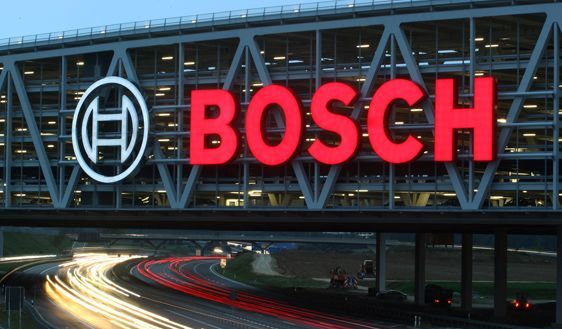 Procter & Gamble, AP Moeller-Maersk A/S, the world’s largest shipping container line, and German company, Bosch have announced plans to increase their investments in Nigeria as they seek to expand their operations.

Procter and Gamble recently invested an additional $300 million for the expansion of its manufacturing plant in Agbara Industrial estate in Ogun State. P&G’s President for India, Middle East &Africa, Mohammed Samir, said the company’s commitment to growth and development of Nigeria is reflected in its continued investment in the country.

The company’s Managing Director, George Nassar, expressed his excitement in leading the expansion of P&G through a stronger local presence in Nigeria. “Our success in the manufacturing sector demonstrates P&G’s value as a flexible platform for responding to complex business challenges and I fully expect the organisation to become a strategic platform throughout the Nigerian market for many years to come,” Nassar said.

Bosch, on the other hand, recently opened an office in Nigeria, which it plans to use to boost its products’ share in the country’s market. The company also revealed that it plans to use its Nigeria presence to expand its African presence.

“Bosch sees Africa in general and Nigeria in particular as an important long term growth market. We see high potential for our business in Africa. Thanks to the rapidly growing population, low median age, increasing middle class and optimistic economic forecast we expect a significant demand for Bosch products. “

With about 170 million inhabitants, Nigeria is the most populous country as well as the largest economy in Africa. By opening a location in Nigeria, we are taking a decisive step forward in expanding our presence in West Africa,” said Mr Uwe Raschke, the company’s representative.

Of the 350 million in sales generated by the company in its African operations in 2014, 10% or 35 million came from Nigeria, which informed the decision to open a Nigerian office.

Meanwhile, Maersk, which employs over 10,000 workers in Africa, says it is awaiting a final sign-off on a $2 billion contract to help build a new port in Badagry, Lagos State, according to the company’s Senior Vice President for Africa, Lars Reno Jakobsen.

“That project, once it’s been finalized, could be more than $2 billion in terms of investment,” Jakobsen. “Hopefully, we can start sometime this year. It will provide capacity, not only for containers, but also for oil, break-bulk and offshore.