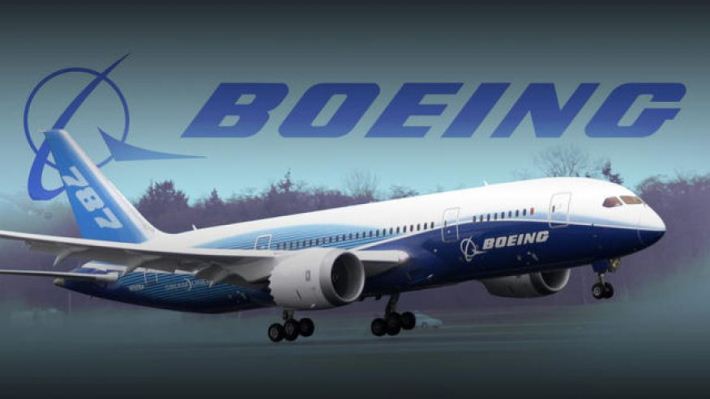 Just as air travel is an essential part of modern society, so Boeing is an integral element in aviation industry. On July 15th, the Boeing Company celebrates its 100th anniversary. In order to commemorate the occasion, AeroTime presents series of articles, dedicated to the US-plane maker. The first article describes Boeing’s centennial journey into nearly every commercial airport in the world.

Development of Military and Mail Delivery Aircraft
The Boeing Company was established by aviation pioneer William Edward Boeing on July 15th, 1916. The company was located in Seattle, and was called Pacific Aero Products Co., but the name was changed one year later in honor of the founder. The company’s first airplane, Model C two-place training seaplane, was designed in November 1916.
The Model C had a single main pontoon and small auxiliary floats under each wing and was powered by a Curtiss OX-5 engine.
When the U.S. entered the First World War in 1917, the Navy purchased 51 out of 56 seaplanes built, making the model company’s first financial success and establishing a long-standing partnership with the U.S. military.
Throughout the 1920s, Boeing developed many aircraft models, both for the military and transportation purposes. However, its first commercial airplane, the B-1, was not used to carry passengers, as coast to coast journeys often took more than 24 hours to commence.
The aircraft delivered mail instead and Boeing won several major delivery contracts from U.S. Post Office. In order to operate growing airmail business, the company founded Boeing Air Transport in 1927 that gave birth to United Airlines four years later.

Major Impact on WW2 Outcome
The Great Depression had a tremendous effect on aviation industry in the 1930s, delaying the production of the first financially successful commercial aircraft.
Only in 1939, Boeing’s rival, McDonnell Douglas Corporation created first profitable commercial airplane Douglas DC-3, used to carry over 90% of U.S. air travelers by the beginning of WW2.
In response to Douglas DC-3, Boeing developed a long range 314 Clipper that was largest civilian aircraft of its time. It featured dressing rooms, dining salons and was able to carry 90 passengers.
The success in the scheduled flight field did not last long, as the WW2 came. During the war, Boeing mainly produced military aircraft. The B-17 “The Flying Fortress” and “B-29 Superfortress” are among the most famous Boeing models of those times.
The B-29 had a great range that was fundamental in winning the war in the Pacific region, while B-17 was used for high altitude missions in Europe.
Gen. Carl Spaatz, the U.S. air commander in the Old Continent once said: “Without the Boeing B-17, we may have lost the WW2.”
By spring 1944, production of Boeing military aircraft ramped up so much that over 350 planes were built each month, mainly by women, whose husbands had gone to war.

Connecting the Two Continents
After WW2, the need for military bombers dropped rapidly as most orders were canceled, making thousands of workers lose their jobs at Boeing. The company tried to recover from slowing demand by developing commercial airliner that would be powered by turbofans instead of propellers, and would be able to cross the Atlantic Ocean.
Boeing was not the only company that offered transatlantic flights. The trips could have been made British De Havilland Comet, French Sud Aviation Caravelle and Soviet Tupolev Tu-104.
Therefore, in 1958, Boeing created the 707 – a four-engine airliner, capable of carrying 156 passengers on a transatlantic route. Due to shorter journeys and more comfortable travel, 707 quickly won the hearts of passengers.
The model was followed by the 727 trijet and 737 twinjet, the latter becoming world’s best-selling commercial plane by the end of 20th century.

The Incredibles Era
In order to keep up with growing number of aircraft sales, in 1966 Boeing commenced the monumental engineering challenge – the construction of the Everett Factory.
Despite the fact that the manufacturing facility was world’s largest building by volume (13,385,378 m3) it was built in only 16 months by the group of staggeringly efficient workers, later nicknamed “The Incredibles.”
The Everett Factory became home of the first wide-body jetliner Boeing 747, capable of carrying 490 passengers – more than twice as much as 707. The aircraft held a capacity record for 37 years and was sold over 1,500 times.

On the Brink of Bankruptcy
Even though 747 gave monopoly in this wide-body market segment, the start of the 1970s was hard for the plane manufacturer – it faced a $2 billion debt from 747 production.
In addition, U.S. military reduced spending for Vietnam War, which meant less military aircraft orders for Boeing. The company struggled so much that it went more than a year without a domestic order and had to lay off around half of the employees.
The massive cuts at Boeing led to a billboard that read: “Will the last person leaving Seattle turn out the lights?”
Boeing’s economic situation began to improve only in the 1980s, when the air traffic demand increased. However, the competition for new orders was harsher as Airbus, the new European plane manufacturer, arose with A320.
In response, Boeing developed single-aisle 757, twin-aisle 767 and upgraded 737.

Back on Top
The 1990s let Boeing to completely regain its strong financial status. The company, along with Lockheed, won an order from U.S. Air Force for the twin-engine stealth fighter F-22 Raptor. In addition to the jet, Boeing developed a hugely successful commercial aircraft 777.
The long-range, wide-body “Triple Seven” was the first airplane to be designed by computer and over 1000 were sold to this day. The end of the decade was noted by the acquisition of its long-time rival.
In 1997, Boeing completed the largest merger in the aviation history by purchasing McDonnell Douglas Corporation for more than $13 billion.
The combined company employed around 200,000 employees, bringing total revenue in excess of $48 billion in 1997. Around $28 billion of the sum came from Boeing and $20 billion from McDonnell Douglas.

Fuel Efficient Millennium
The new millennium was marked by the development of a new mid-range airliner 787 Dreamliner. The plane was lighter and more fuel efficient than most aircraft produced of aluminum alloys because almost half of plane’s fuselage and wings were made of carbon fiber and plastic composite materials.
Originally scheduled to start commercial service in 2008, it was delivered to Japan’s All Nippon Airways in 2011. The same year, Boeing has signed a largest commercial aircraft order in its history, when Indonesia‘s Lion Air ordered 201 737 MAX and 29 737-900ER airliners for $21 billion at list prices.
During its history, Boeing has been through a lot: massive layoffs, huge debts, fierce competition. But the past century proved the company can adapt and evolve to face the challenges.
With strong financial numbers, along with teams of bright scientists, engineers, and other employees, Boeing proudly enters the second century of its history and will continue to push the flight limits.