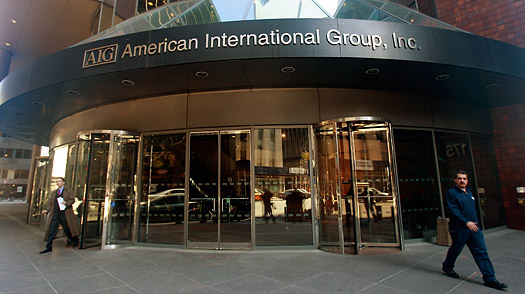 “Management and the board have carefully reviewed such a separation on many occasions, including in the recent past, and have concluded it did not make financial sense,” Hancock said of Icahn’s plan in a conference call.

“We of course will meet with him to further share our conclusions and give him an opportunity to elaborate on his views.”

Icahn disclosed last week that he’d acquired a stake in New York-based AIG and said the insurer should divide into three companies, one offering property-casualty coverage, another selling life policies and a third backing mortgages.

AIG trades for less than book value while the stocks of most large property-casualty insurers are above that metric. The activist investor also said that shrinking the company would help avoid the capital restrictions that are imposed on the largest financial institutions.

Hancock responded that the company has still been able to repurchase billions of dollars of stock. He also said he’d be open to more asset sales, after exiting a stake in AerCap Holdings NV.

“There are no sacred cows,” Hancock said.

Moody’s Investors Service said a split could be a credit negative. And Hancock has said the company benefits from the breadth of its offerings.

“We see tremendous benefit from combining life and property and casualty,” he said.