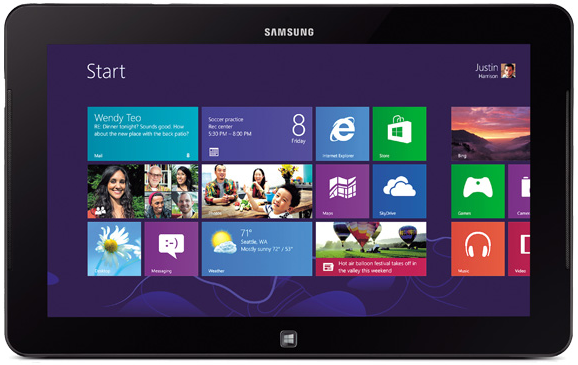 The Middle East and Africa (MEA) tablet market declined 12.3% year-on-year in the first quarter of 2016 to total 3.32 million units, according to the latest figures from International Data Corporation (IDC).

The global research and consulting services firm’s ‘Middle East and Africa Quarterly Tablet Tracker’ indicates that the MEA tablet market contracted on a year-on-year basis for the second quarter in a row, following the 8.8% year-on-year decline seen in Q4 2015.

“We are finding that consumers are increasingly reluctant to replace their existing devices as the majority of tasks that were previously performed on tablets have now shifted to smartphones with larger screens,” says Nakul Dogra, a Senior Research Analyst for Personal Computing, Systems, and Infrastructure Solutions at IDC. “This reluctance has resulted in a lengthening of tablet replacement cycles, a phenomenon that has inevitably had a negative impact on overall demand.

“Compounding the issue is the fact that consumer sentiment and business activity are both being hampered by low crude oil prices, particularly in the countries of the Gulf Co-operation Council (GCC).

Meanwhile, the continued depreciation of key African currencies against the U.S. dollar – including the Nigerian naira, the South African rand, and the Egyptian pound – has also acted as an inhibitor, as poor exchange rates make tablets more expensive.”

One bright spot amid the market’s overall slowdown is the growth of detachable tablets, which are steadily gaining popularity in the region following the launch of various new devices in this product category. Detachable tablets now account for 4.2% share of the overall tablet market, with shipments up by a staggering 335% year on year in Q1 2016.

“All vendors are feeling the pinch from the slowdown,” says Fouad Rafiq Charakla, a Senior Research Manager for Personal Computing, Systems, and Infrastructure Solutions at IDC.

“Considering the thin margins on the lower-end products that account for the bulk of demand, vendors are unwilling to offer any further support to channels, leading to a decline in shipments across the region.

As certain entry-level tablet models are available at price points below $50, key players are under intense pressure to maintain their sell outs.”

In terms of vendor rankings, Samsung – which has the widest tablet portfolio – continued to lead the market in Q1 2016 with 21.2% share, despite suffering a year-on-year decline in shipments of 23.3%.

IDC has revised its forecast for the 2016 MEA tablet market downwards and now expects a total of 14.9 million units to be shipped in the year, representing a year-on-year decline of 7.9%. The Windows operating system is expected to register healthy growth during the year in line with the growth in detachable devices. IDC expects shipments of detachable tablets, the bulk of which run on Windows, to grow 127.7% year on year in 2016.

“IDC expects the delivery of multiple projects involving high volumes of tablets to take place in Pakistan and Egypt this year,” continues Charakla. “Projects in the former will see the shipment of approximately 200,000 detachable tablets, while projects in the latter are expected to involve the shipment of around 40,000 traditional slate tablets. The deal in Pakistan is to be delivered to the education sector and will contribute significantly to the growth of detachable tablets in the MEA market.”