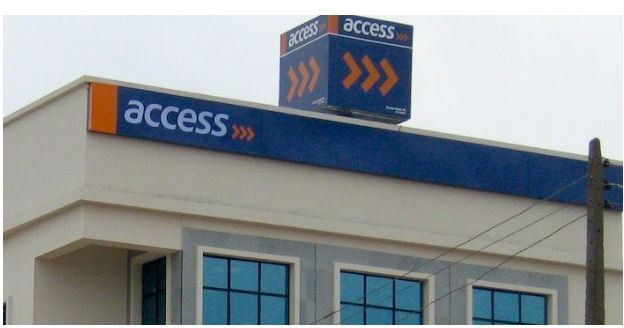 Most non-interest income (NIR) lines – net fee & commission, net trading income and other income – grew, but offset by forex income which dropped by 157%. As a result, NIR in H1-18 was lower by 22% y/y – weighing significantly on the bank’s performance.

In its analysis, Cordros Capital said the bottom line, however, was supported by decline in impairment charge provision (-29%), lower opex (-6.5%), and significantly low ETR of 13.6%.

Also contributing to the improvement in yield is the traction gained by the bank’s PayDay Loan product, which involves granting short-term (30-days) loans to retail customers (particularly salary earners). Total turnover on the platform has grown significantly by 2,737% to NGN10.9 billion in H1, and currently attracts up to NGN3 billion worth of transactions monthly.

We think this is sustainable and is expected to contribute more significantly to yields going forward. As a result, we estimate yield on customer loans of 15% in 2018E.

Furthermore, with an effective CRR of 40%, we see room for the bank to explore the opportunities inherent in the CBN’s new Differentiated CRR guideline, which permits DMBs to take out of their excess CRR, and give out as loans to the specified sectors.

Lastly, yields on fixed income instruments have resumed upward trajectory — as seen in the recent bond, NTB, and OMO auctions — further supporting our projection of improvement in asset yield in the second half. As a result, we estimate 64 bps y/y increase in asset yield to 12.75% in 2018E. Together, with expected growth in interest-earning assets by 7.80%, we estimate growth in interest income by 20% y/y in 2018E.

The cost of debt securities issued by the bank was also higher by 21 bps in H1, at 12.11% (vs. FY-17), as the bank continued to run its NGN100 billion CP programme, of which three tranches matured in H1, and three others are due for maturity in H2 (valued at NGN56 billion).

Also, the bank continues the servicing of its two outstanding Eurobonds, with one of the bonds callable in 2019, and the other due for maturity in 2021. However, there are efforts by management to reduce CoF, by repricing some outstanding CPs in the second half, and this reflected in the most recent tranche issued this month, wherein its implied yield reduced to 13.79%, as against 16.05% in its previous issue in February.

Asset Quality: Improvements in macro-economic fundamentals, following the rise in oil prices, has led to improved servicing of loans by debtors, particularly by in the upstream oil & gas sector.

Furthermore, the recent resolution of the sale of 9 mobile assets to Teleology has increased optimism around the repayment of the telco’s outstanding loan to the consortium of banks, standing at USD1.2 billion, and of which USD200 million is to be written off by the affected banks.

The proceeds from the sale (USD301 million) is to be shared among the banks on pro-rata basis, and c. NGN20 billion (according to management’s rough estimate) is expected to be paid to ACCESS in a few weeks and the balance restructured over 7 years.

With 9mobile constituting a bulk of the bank’s NPL (59.0%, as at H1-18), the resolution of the telco’s sale is likely to improve asset quality significantly. It is also worth stating that 37% of the 9 mobile exposure has been provided for.

On our estimates, ACCESS trades at forward P/E and P/BV multiples of 4.4x and 0.79x, below Bloomberg’s Middle East Africa peer average multiple of 10.2x and 1.0x, respectively.