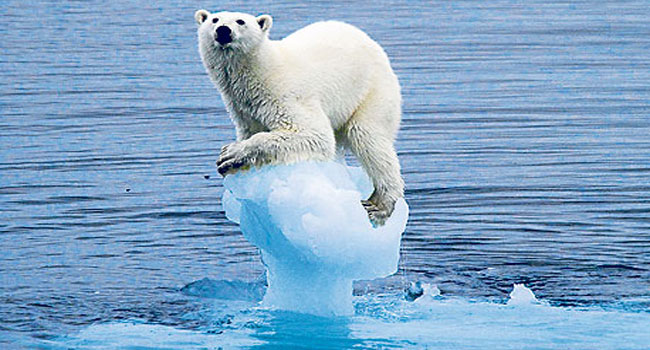 Climate finance totalling $81 billion was mobilised for projects funded by the world’s six largest multilateral development banks (MDBs) in 2015. This included $25 billion of MDBs’ direct climate finance, combined with a further $56 billion from other investors.
The latest MDB climate finance figures are detailed in the 2015 Joint Report on Multilateral Development Banks’ Climate Finance, prepared by the Asian Development Bank (ADB) together with MDB partners: the African Development Bank (AfDB), the European Bank for Reconstruction and Development (EBRD), the European Investment Bank (EIB), the Inter-American Development Bank Group (IDBG), and the World Bank Group (WBG).
This important contribution to the global climate change challenge was reinforced last year by pledges from all of the MDBs to significantly increase their climate finance in the coming years. They made these pledges in the run up to the COP21 Paris Agreement, the world’s first universal climate accord adopted in December last year by 195 countries.
The report covers the 2015 year and shows that MDBs delivered over $20 billion for mitigation activities and $5 billion for adaptation. Mitigation activities involve the reduction of greenhouse gas emissions through energy efficiency measures and the use of clean, renewable energy sources, while adaptation measures reduce climate vulnerability and increase resilience to climate change through, for example, investing in climate-resilient land-use and water resource management. Since 2011, MDBs have jointly committed more than $131 billion in climate finance.
Among the regions, non-European Union (EU) Europe and Central Asia received the largest share of total funding at 20%; with South Asia receiving 19%; Latin America and the Caribbean 15%; East Asia and the Pacific 14%; the EU 13%; Sub-Saharan Africa 9%; and the Middle East and North Africa 9%. Multi-regional commitments made up the other 2% of the total.
On a sectoral basis, the largest recipient of adaptation funding was for water and wastewater systems (27%), followed by energy, transport and related infrastructure (24%), and crop and food production (18%). Renewable energy received the bulk of mitigation finance (30%), lower-carbon transport received 26%, and energy efficiency activities 14%.
In Africa, where basic energy services remain scarce region-wide, countries are increasingly working to develop their substantial renewable resources to help reverse this trend. To support these efforts, in 2015 AfDB has provided $905 million of its own resources in climate change mitigation finance, backed by $58 million in external resources.
As African countries also look to increase their resilience against climate impacts, particularly in the forestry, agriculture and land use sectors, AfDB has provided $305 million of its own resources, bolstered by $91 million in external funding, to support their adaptation efforts. The Bank is continuously looking for concrete ways to catalyze private sector engagement such as through equity financing, partial risk guarantees, and climate risk insurance.
“At AfDB, we believe that Africa stands at the threshold of an exponential shift in clean energy access, and that over the coming decades African citizens can benefit from a widespread increase in climate-friendly energy use and green development. We have set ambitious goals for our institution to help ensure this happens, supporting innovative projects in solar, wind, geothermal, and water,” said Alex Rugamba, Chair of the Bank’s Climate Change Coordination Committee (CCCC). “In line with our member countries’ requests in preparation of the Nationally Determined Contributions (NDCs) regime, we have particularly focused on institutional capacity building, increasing our support for technical assistance (TA) five-fold from seven projects to thirty-five projects in one year. As countries work to align their development goals with their pledged NDCs in the Paris Agreement, we believe this focus on strengthened capacity is an early signal of commitment to meet these goals. Going forward, this could be an important new area of engagement.”
Given the role of MDBs in catalyzing finance, the inclusion in this year’s report of a common tracking approach for climate co-financing is a significant step forward in making the reporting of climate finance flows more robust and transparent.
MDBs have also been working closely together to harmonize reporting on greenhouse gas emissions and the use of proceeds from MDB green bonds.
Moving forward, the report notes that the MDBs will scale up climate finance activities across multiple sectors, in particular in renewable energy and energy efficiency; low-carbon and climate-resilient cities, regions and industries; low-carbon transport; natural resource efficiency; and climate-smart agriculture and food security.
These efforts will help countries meet their commitments under the Paris Agreement, moving to a low-carbon, more resilient future.