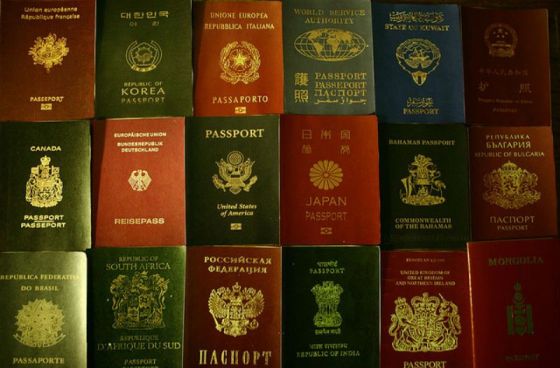 “We must eventually move to the Africa passport that allows Africans to move freely all across Africa,” said Akinwumi Adesina, President of the African Development Bank, at the 2016 World Economic Forum on Africa in Kigali, Rwanda.

At the Africa CEO Forum in March, Nigerian business magnate, Aliko Dangote shared how a misplaced visa at O.R. Tambo International Airport almost resulted in him being refused entry to South Africa.

Fortunately, his visa was located on the plane he arrived on. But the story highlights how difficult it can be for African businesspeople and investors to travel between the continent’s markets.

The recently released Africa Visa Openness Report 2016, commissioned by the African Development Bank (AfDB), reveals that only 13 of 55 countries offer visa-free or visa-on-arrival access to all Africans. In fact it is easier for US citizens to travel within Africa than it generally is for Africans.

However, he argued that visa restrictions – alongside poor transport infrastructure and unfavourable business environments – impede further investment. The AfDB is therefore aiming to drive a continental visa policy reform programme.

“We want to make things very simple,” said Adesina. “We want to remove many of the challenges and procedures that are facing many people when they travel. We want to make sure there is reciprocal visa issuance across countries and we want to promote talent mobility all across Africa.”

One of the proposals includes allowing visas on arrival for Africans, such as those offered in Mauritius and Rwanda.

According to AfDB’s report, Rwanda’s open visa policy has seen African travellers to Rwanda increase by 22%. In addition, the country has abolished work permits for East African Community citizens.

For example, Rwanda, Kenya and Uganda allow their citizens to travel between countries with national identity cards and the report estimates that this has increased cross-border trade by 50%. The three countries also launched a single tourist visa.

Adesina further highlighted the benefits of simplifying visa procedures (such as through online applications) and allowing multi-year visas like in the US.

“Africa spends a lot of its time on issuing single-entry visas which is very expensive for travellers and also investors. We should have multiple-year visas, 10-year visas – there is no reason why a business person has to go back and get the same visa 10 times,” he continued.

“And finally , we must eventually move to the Africa passport that allows Africans to move freely all across Africa. This has been proposed by the African Union Commission and we are strongly supportive of it as the African Development Bank… It would make African investments much easier.”

Africa Visa Openness Index
Visa openness is about facilitating free movement of people. It is about getting more people mobile, to carry out their business easily, spontaneously, quickly, with minimum cost. That applies whether you are a businessman or woman, a student or researcher, a cross-border trader or entrepreneur, reuniting with friends and family or just traveling to visit the sights.

Visa openness is a vital step forward towards a more integrated Africa. There are huge potential gains to be had for countries and regions across Africa in having more visa-open policies for other Africans. That holds true whether it is to help plug skills gaps in the labour market, promote entrepreneurship, diversify the economy, add value to services, or whether it is to attract investment and boost competitiveness.

The Africa Visa Openness Index measures how open African countries are when it comes to visas by looking at what they ask of citizens from other countries in Africa when they travel. It aims to show at a glance which countries are facilitating travel for citizens of other countries and how: whether they allow people to travel to their country without a visa, if travellers can get a visa on arrival in the country or if visitors need to get a visa before they travel.