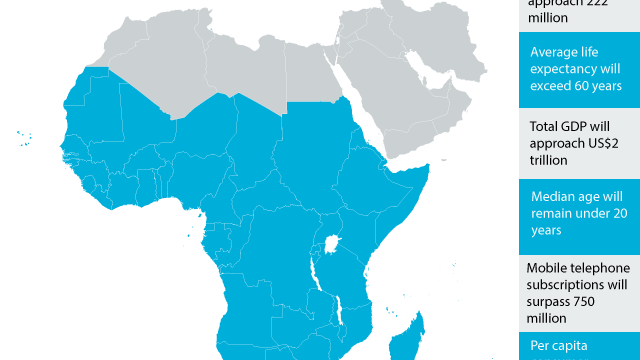 Remittances to Sub-Saharan Africa registered a small decline of 0.5 percent to $48 billion in 2019. Due to the COVID-19 crisis, remittance flows to the region are expected to decline by 23.1 percent to reach $37 billion in 2020, while a recovery of 4 percent is expected in 2021.

The anticipated decline can be attributed to a combination of factors driven by the coronavirus outbreak in key destinations where African migrants reside including in the EU area, the United States, the Middle East, and China.

These large economies host a large share of Sub-Saharan African migrants and combined, are a source of close to a quarter of total remittances sent to the region. In addition to the pandemic’s impact, many countries in the Eastern Africa region are experiencing a severe outbreak of desert locusts attacking crops and threatening the food supply for people in the region.

Remittance costs: Sending $200 remittances to the region cost 8.9 percent on average in the first quarter of 2020, a modest decrease compared with the average cost of 9.25 percent a year before. The most expensive corridors are observed mainly in the Southern African region, with costs as high as 20 percent. At the other end of the spectrum, the less expensive corridors had average costs of less than 3.6 percent.

Global remittances are projected to decline sharply by about 20 percent in 2020 due to the economic crisis induced by the COVID-19 pandemic and shutdown. The projected fall, which would be the sharpest decline in recent history, is largely due to a fall in the wages and employment of migrant workers, who tend to be more vulnerable to loss of employment and wages during an economic crisis in a host country. Remittances to low and middle-income countries (LMICs) are projected to fall by 19.7 percent to $445 billion, representing a loss of a crucial financing lifeline for many vulnerable households.

A fall in remittances affect families’ ability to spend on these areas as more of their finances will be directed to solve food shortages and immediate livelihoods needs.

“Remittances are a vital source of income for developing countries. The ongoing economic recession caused by COVID-19 is taking a severe toll on the ability to send money home and makes it all the more vital that we shorten the time to recovery for advanced economies,” said World Bank Group President David Malpass. “Remittances help families afford food, healthcare, and basic needs. As the World Bank Group implements fast, broad action to support countries, we are working to keep remittance channels open and safeguard the poorest communities’ access to these most basic needs.”