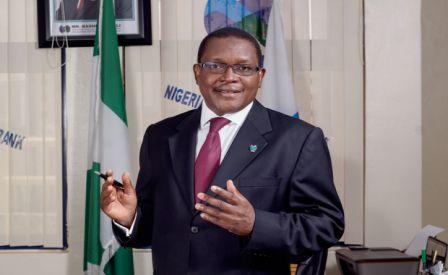 ‘Neither government agencies nor private sector businesses can do enough in supporting the agenda for diversifying the sources of foreign exchange earnings for the country.’

There are indications that the Nigerian economy is on the path of recovery. Oil prices have stabilised around $55 per barrel. Government’s peace overtures in the Niger Delta have helped to raise oil production from the nadir of 2016. In the last quarter of the year, the GDP contracted by 1.3 percent, an improvement over the2.24 percent in Q3 and 2.06 percent in Q2.

Moreover, various forecasts, including that of the World Bank, agree that the country will experience a positive output growth in 2017.

But the growth projections are largely underwhelming, ranging from a half percent to 1 percent. This explains why the Federal Government continues to work hard at the economic recovery plan. From 2017, one anticipates that the economic trend will take a sharp upward turn.

The corporates and the generality of Nigerians will savour such lease of positivity, and it will validate the current administration whose good intentions and programmes have been thwarted by a sharp fall in revenue as a result of the plunge in oil prices.

The expected recovery will, at best, take the country back to that place of opportunity of the past years before 2015, when we could have built a healthy foreign reserves level and financed non-oil export diversification. In the last two to three years, we have experienced the pains of external shocks to oil revenue.

The pains are attributable to lack of significant foreign reserves cover. But, fundamentally, the concentration on oil receipts to provide 70 percent of government total revenue, or 90 percent of its foreign exchange earnings, made the oil price crash much harder to bear.

It is time for more determined actions on the diversification of the economy, and diversification of foreign exchange earnings through increased non-oil exports. Raising non-oil exports revenue is a key area government’s interventions are needed. Analysts agree that the economy is broadly diversified, given that oil accounts for just about 15 percent of the country’s output. Agriculture, services – including finance, ICT, entertainment, hospitality – and their extensive value chains are major contributors to the GDP. Additional potentials are locked in the solid minerals sectors.

The Nigerian Export – Import Bank is statutorily mandated to facilitate the country’s non-oil export growth. NEXIM Bank has a range of tools, including credit financing in both local and foreign currencies, risk-bearing services in the form of export credit guarantee and export credit insurance facilities, special funds, loans for foreign inputs, export advice, and market information, to support the non-oil export sectors.

Since I assumed the leadership of NEXIM Bank a little over a year ago as managing director, in acting capacity, the Bank has maintained its unwavering commitment to its mandates.

Last month, the Federal House of Representatives’ Committee on Banking and Finance, embarked on an oversight tour of the businesses supported by NEXIM. One of the sites we visited was an agro-processing business. NEXIM Bank funds export producers and businesses with export potentials. We do this with the aim of increasing foreign exchange earnings for the country, boost industrial production and create jobs for Nigerians.

We visited the Ladgroup based at Ikenne, Ogun State. NEXIM’s facility of $5 million provided the company with the resources to import equipment for its production line for Shea Butter export, as well as working capital. With its newly installed capacity, the company aims to earn $5 million in the first year of operating the new facility, and $100 million in the next five years. Ladgroup will create at least 300 direct jobs and more than 600 indirect jobs.

However, the global demand for Shea Butter is estimated at $10 billion annually. Demand is expected to reach $30 billion by 2020. Shea Butter is a derivative of Shea Nuts, grown primarily in the Sahel region of West and East Africa.

The Shea Butter market serves here as an index case for the many opportunities to fund Nigerian export businesses. These opportunities are unmatched by the funding available. Private financiers usually have low risk appetite for such projects in nascent industries.

Access to funds is difficult except for oil & gas services and trade sectors. This puts significant responsibility on the government to provide needed interventions, in this case through NEXIM Bank. Indeed, the scope of the requirement is reflected by the vast opportunities in the focal areas of the Bank’s financial intervention, namely agriculture (agro-processing), manufacturing, solid minerals and services sectors.

In one of the efforts to reduce the wide gap in the supply of needed resources, the CBN last year created two funds. NEXIM Bank is the managing agency for the N500 billion Export Stimulation Facility (ESF) and the N50 billion Export Rediscounting & Refinancing Facility (RRF). Since the CBN released the guidelines for the funds in June, 2016, we have embarked on various sensitisation sessions in Lagos and Kano as well as capacity-building programmes with Banks and key stakeholders.

NEXIM Bank has continued in the broader areas of removing non-tariff barriers to Nigeria’s non-oil exports. One of the key projects we are facilitating with partners is the Sealink Project, to provide direct maritime links within West and Central Africa.

The Sealink will dramatically cut the time and financial cost of shipping sea cargoes within these regions through trans-shipment through Europe. The Board of the Sealink has concluded arrangement with a major operator to commence a pilot scheme by deploying ships along the routes that have been designated.

Last October, the Ministers of Transport of the ECOWAS member-countries met in Lome, Togo where far-reaching decisions were taken towards a smooth and efficient operation of the shipping company.  During the meeting, the Sealink company was granted a Community Enterprise Status.

NEXIM Bank is making additional arrangements to realise the potentials of the project by working with Nigeria Shippers’ Council and Nigerian Inland Waterways Authority on the commencement of annual exports of about one million tonnes of coal, iron ore and lead/zinc using self-propelled and/or dry bulk cargo barges in the dredged inland waterways channels from Lokoja / Ajaokuta to Burutu Port.

We have also been working to improve the packaging of Nigerian agricultural exports to Europe and other countries, to minimise incidents of rejection. The use of hydrocarbon-free jute bags is very critical in this regard.

Currently, jute bags are imported to the country. The high cost has led to the problem of recycling old bags and the use of unsuitable packaging materials.  As part of efforts to mitigate this challenge, we have commenced discussions with major investors to resuscitate and commence the production of jute bags in the country for packaging of exports.

In pursuing the agenda of boosting Nigerian non-oil exports, the Bank has been working with partners and stakeholders to promote a bill towards developing factoring in the country. Global factoring transactions in 2015 reached €2.3trillion with Africa contributing 0.7 percent.

The major players in Africa were South Africa, Tunisia, Morocco, Egypt & Mauritius, while Nigeria did not feature in the current African statistics. Factoring entails the purchase of receivables from an exporter, with the Factor assuming full credit and collection responsibilities. This will enable export manufacturers, especially SMEs, to maintain steady liquidity as well as take the burden of pursuing cross-border payments off the businesses, leaving them to concentrate on their core activities.

Neither government agencies nor private sector businesses can do enough in supporting the agenda for diversifying the sources of foreign exchange earnings for the country. We are coming out of a crisis that, in large part, has been characterised by foreign exchange scarcity, leading to sharp depreciation in the value of the naira.

The overarching lesson we should take from this experience is that diversification of foreign exchange earnings, through non-oil export growth, is the way to build resilience against the next episode of oil price shock. Nigeria’s economy of the post-2016 recession should thrive on export diversification.