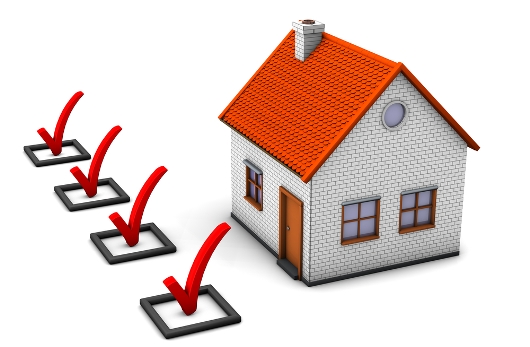 As the new Contributory Pension Scheme (CPS) continues to celebrate its runaway successes, Mrs. Chinelo Anohu-Amazu, Director General, National Pension Commission (PenCom) speaks on the challenges of the scheme and the way forward.

Review of Pension Industry in 2014

The activities in the Pension Industry were guided by the need to ensure sustainability and safety of pension funds as well as payment of retirement benefits. In the course of the year, and in line with the dynamics of the operating environment, some of the supervisory and regulatory frameworks were modified.

For example, the regulation on administration of annuity and fund accounting were reviewed in the year. The year also witnessed the licensing of a Pension Fund Administrator. All these and other modest achievements recorded in the year are discussed in turn.

The Pension Reform Bill 2013 was signed into law on the 15th of July 2014, which repealed the Pension Reform Act, 2004 (PRA 2004) and expanded coverage of the Contributory Pension Scheme (CPS) to the informal sector, self-employed and private organisation with less than three (3) employees. The PRA 2014 had made the participation of states and local governments mandatory.

Other highlights of the PRA 2014 include further empowerment of the Commission by giving it greater role in terms of its supervisory and regulatory activities as well as enforcement of compliance with the PRA 2014. mIn addition, penalties, sanctions and prosecution of offenders were broadened to serve as deterrent to pension crimes. The PRA 2014 also increased the total rate of pension contributions from 15% to 18% of employees’ monthly emolument (10% by the employer and 8% by employee).

The Scheme membership witnessed significant growth during the year under review. The total number of registered participants in the CPS increased by 8.05 percent from 5.92 million as at 31 December, 2013 to 6.40 million as at the end of 2014. Memberships from the public and private sectors were 48.37 and 51.63 percent respectively. Likewise, four (4) States of the Federation enacted laws on the CPS making the total number of states that enacted the law on the CPS to 26.

The remaining ten (10) States are currently at the Bill Stage for the Scheme Implementation. Generally, all the thirty-six (36) States of Federation are at various stages of implementation and with the Enactment of the PRA 2014, the Commission will be liaising with the States to ensure their full implementation as required by the law.

In addition, membership of Closed Pension Fund Administrators (CPFAs) and Approved Existing Scheme (AES) stood at 24,365 and 40,951 respectively during the same period. Members of CPFA and AES are strictly employees of organisations issued license to manage their existing pension scheme and those granted approval to continue with their legacy schemes respectively.

However, the PRA 2014 has closed new entrance into these schemes and provided that new workers of the organisations having the CPFA or AES to open RSA with PFA of their choice under CPS. The pension industry had accumulated a total of N2.54 trillion pension contributions as at the reporting period. The pension contributions contributed by the public sector stood at N1.45 trillion representing 57.19 percent of the total, while the private sector contributed N1.09 trillion (42.81 percent).

The total value of pension industry assets under the CPS as at 31st December, 2014, grew to N4.61 trillion from N4.06 trillion in the preceding year, with an average annual growth rate of 30 percent. This pool of pension funds is a potential platform for attaining the transformation agenda of Government in the provision of infrastructure, energy, employment and the development of the real sector of the economy.

During the period, a total sum of N124.60 million and N12.41 million were paid as lump sum and average monthly pension respectively for 246 retirees on health grounds. The total sum of N67.31 billion death benefits were also paid to beneficiaries of 25,232 deceased workers in both the public and private sectors.

Outlook for the Pension Industry in 2015 in the face of Falling Oil Prices.

It would be recalled that Nigeria is a mono-cultural economy that relies on oil as the main source of foreign exchange earnings and revenue. This suggests that Nigeria might be exposed to such macro-economic risks such as exchange rate, interest rate, increase in rate of inflation and unemployment. The reduction in oil prices implies reduction in Nigeria’s foreign exchange earnings and revenue.

The reduction in government revenue suggests a risk in government liquidity and hence its ability to meet its financial obligations of pension contributions, funding of the retirement bond redemption fund account for onward payment of accrued portion of retirement benefits, death claims, etc. The Naira has been devalued in the face of falling oil prices.

Consequently domestic prices of imported goods have skyrocketed with dire consequences on the rate of inflation. Given that the Nigerian economy is import dependent and most of the manufacturing companies depending on imported inputs, cost of production will rise and prices of locally manufactured consumer goods have also risen. This would limit the extent to which these companies can create employment as well as meet their pension obligations to their employees.

In view of the foregoing, J. P. Morgan had recently put Nigeria on the watch list in its global bond index rating as a result of dwindling government revenue. The concern is whether the Federal Government would be able to meet its obligation upon the maturity of the FGN bonds. This also has serious implications for pension fund investment in FGN securities.

Given the above scenario, the Pension Industry is looking forward to diversifying its investment base to infrastructure bond, fund and real estate. As part of the strategies to achieve diversification, a multi-fund structure would soon be introduced to cater for the different risk appetites of contributors, while satisfying the liquidity requirements of the industry.

The pension industry is strategically focusing on widening its membership base by extending coverage of the scheme to the self-employed and the informal sectors through the micro-pension plan. This is in addition to strengthening its moral suasion on the States that are yet to implement the Scheme.

Official Stand of PenCom on Deployment of Pension Funds for Development of Infrastructure/Housing.

The National Pension Commission (Pen Com) is committed to the development of Infrastructure and Housing in Nigeria. As part of efforts to ensure that pension funds positively impact on the social and economic development of Nigeria and its citizens, the Commission undertook the following action steps:

However, as at date, there are limited Infrastructure Bonds and Funds available for pension funds to invest. As a matter of fact, only a few State Governments h ad issued Bonds for infrastructure projects in their respective States that satisfy the minimum investment requirement for pension funds.

One of the major inclusions in the PRA 2014 was the introduction of Section 89(2) which allowed a registered contributor under the Contributory Pension Scheme to apply a percentage of the pension assets in Retirement Savings Account (RSA) as equity contribution for a residential mortgage.

This is a significant development, as it would accelerate the development of both the mortgage finance and housing sectors as well as make affordable housing accessible to registered contributors. On the supply side of the housing equation, the Commission had from inception made Asset/ Mortgage-Backed Securities and Real estate Investment Trusts, as allowable instruments for pension funds. These are financial instruments that can be utilized to increase the housing stock in Nigeria.

However, just like in Infrastructure, there are limited numbers of such instruments in the Nigerian Capital Market. Also, in the proposed amendment to the Investment Regulation (which had recently been exposed to stakeholders for feedback comments), Mortgage Bonds have been introduced as allowable instruments for pension funds.

The Single Greatest Challenge Facing the Industry Today and Future

The greatest challenge facing the industry and which might continue to rear its head into the future is the dearth of investable instruments. The availability of such instruments will help to diversify pension funds investment and hence help to reduce risk of concentration. Another challenge rests with the lack of adequate understanding by the general public between the old pension scheme and the CPS.

Has PenCom Done Enough to Enforce Compliance on Enrollment/remittance of Deductions from Employers?

To ensure that all employers of labour comply with the provisions of the PRA 2014 with respect to joining the Contributory Pension Scheme (CPS), the Commission at its inception developed a Framework for Private Sector Compliance with the PRA 2014.

The Framework covered the strategies for ensuring compliance which included public enlightenment, collaboration with regulators/professional bodies, disclosure requirements, issuance of compliance certificate and engagement of consultants.

Other strategies included on-site inspection and application of a regime of sanctions. These strategies are being applied in ensuring the enrolment of employers in the CPS.

The Pension Reform Act (PRA 2014) is clear on contravention of Section 11(3) of the PRA, 2014 which provides that any employer who fails to remit pension contributions within 7 working days of payment of salary shall, in addition to making the remittances already due, pay penalty of not less than two percent per month for the benefit of the RSA holder.

In pursuance of this statutory responsibility of ensuring compliance with the provision of the PRA 2014, the Commission deployed an application (Risk Management Analysis System) for monitoring remittance of pension contributions by employers. The application enables the Commission to monitor the status of the monthly remittance of contribution by all employers where employees have opened Retirement Savings Account. Defaulting employers are subject to the recovery process.

In addition, the Commission has in place a Framework for recovery of outstanding pension contributions with penalty from defaulting employers.
The Framework, amongst others, provided for appointment of Recovery Agents (RAs). Consequently, the Commission has identified and assigned over 15,000 employers to Recovery Agents to review their records and recover any outstanding pension contributions plus penalty.