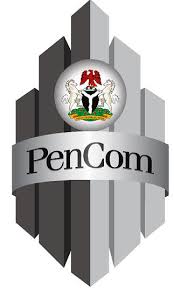 The National Pension Commission (PenCom) has developed an online application which will automate the Annual Pre-Retirement Verification and Enrolment Exercise. The Application has the capabilities to register, verify and enrol prospective retirees of Treasury-funded Federal Government MDAs.  Accordingly, the online Enrolment Application would be hosted on PenCom website www.pencom.gov.ng

Pilot Run on the Enrolment Application

As a prelude to the formal deployment of the online Enrolment Application, PenCom would commence a Pilot Run of the exercise from 2nd to 20th August 2021 with selected MDAs in the six Geo-Political Zones and the Federal Capital Territory (FCT) in order to test-run the application with real-time data.

The application would GO-LIVE after the conclusion of the pilot run on a date to be announced by PenCom in due course.

Affected retirees/prospective retirees are required to undergo the data recapturing exercise with their respective Pension Fund Administrators (PFAs) as this is a pre-requisite for the online Enrolment. This entails updating their personal details and providing their National Identification Number (NIN).  However, retirees/prospective retirees who have already undergone the data recapture excercise with their PFAs are not required to repeat the exercise.