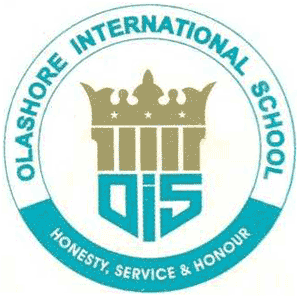 An Olashore International School Alumnus, Mr. Folarin Falana, popularly known as Falz, has just won the 2016 Best New International Act for BET Awards under the Viewers’ Choice category.
This was presented at the weekend ahead of the main event which is to take place at the Microsoft Theatre in Los Angeles in the United States of America.
Falz had been nominated earlier in the month of June, amongst peers in South-Africa, France, Australia, and UK. The Nigerian Comic Rapper and fast rising entertainer slugged it out with other talented up and coming artists around the world to emerge the best.
He was nominated at award shows winning Best Actor in a Comedy Movie/Series at the 2016 Africa Magic Viewer’s Choice Awards for his role as ‘Segun’ in Funke Akindele’s TV series ‘Jenifa’s Diary’. The 2016 BETS Award was hosted by Anthony Anderson and Tracee Ellis Ross. The BET Awards recognises artists, entertainers, and athletes across 20 categories.
The nominations are selected by BET’s Voting Academy, which is comprised of fans and an esteemed group of entertainment professionals in the fields of television, film, music, social media, digital marketing, sports journalism, public relations, and the creative arts.
While at Olashore International School, he started out with a music group by friends and released a compilation mixtape titled ‘Shakara’ in 2009. By 2011, he released another album titled ‘Waz Up Guy’, ‘High Class’ and ‘Currency’ which gained him grounds in the Nigerian Music Industry. Later in 2015, he released ‘Stories that touch’.
Recently, Falz also won the award of the ‘Most Influential Personality’ at the Friends of Olashore Event organized by the Alumni of the school and concerned personalities.
He got this award based on the fact that he had shown exemplary strides in his profession and in life generality, and has been able to shape how people act or how things occur in their sphere of influence and beyond.
Receiving the award on his behalf, his father, a legal luminary and Human Rights Activist, Femi Falana (SAN) said: “We are glad our son has carved a niche for himself on the sands of time through passion. We actually sent him to school to study Law but he went ahead to marry his passion with his course having been nurtured to his full potential by the Olashore International School which he attended then. He chose to go into music and today, he is doing well for himself. I’m proud of him. I also appreciate Friends of Olashore for giving him this award.”