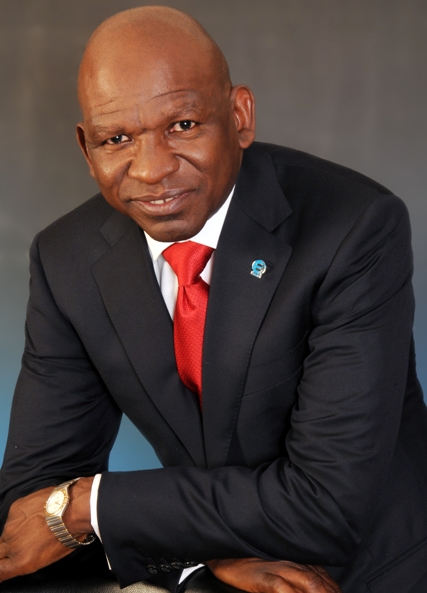 Year 2020 is forty-four months away. According to the 2009 perspective planning of the National Planning Commission, the Vision 20:2020, the country’s GDP is projected to reach $900 billion by 2020.

That would rank Nigeria as one of the top 20 economies of the world.

But I’m afraid, the current GDP growth estimate of 5 percent average between now and 2020 would not see Nigeria rise above Switzerland (the world’s 20th largest economy) whose GDP was $701 billion in 2014, and growing at around 1.9 percent.

With that, Nigeria’s sceptical brigade would like to sound the death knell of another economic target which the government had dared to enact but became unrealisable. But Nigeria’s economic potential has not diminished.

With a longer time horizon, Nigeria’s economic stature would confound the sceptics.

PricewaterhouseCoopers (PwC) has just released a report that projects Nigeria to become one of the 10 largest economies of the world by 2050. Economic diversification and high growth rate would accelerate the GDP to $6.4 trillion by 2050, according to PwC’s The World in 2050: Will the shift in global economic power continue?

This means Nigeria would ultimately leapfrog United Kingdom and France – the current fifth and sixth world’s largest economies, respectively. UK’s GDP was estimated at $2.99 trillion in 2014, while France was $2.83 trillion. Both countries are likely to continue to grow at less than half the rate of Nigeria’s expansion.

This might sound outlandish at the moment, but that would be to those who have not been keenly observing the shift that had begun to take place in the world economy before the last global financial meltdown and in its aftermath.

Collectively, the traditional economic powerhouses have been growing at a very slow pace. The emerging economies, notably China, had plugged the global growth gap until recently. The next decades would see the frontier markets – chiefly Nigeria, Indonesia, South Korea and Mexico – and the next emerging market giant, India, intensify the shift in the global economic power.

Nigeria’s place amongst the world’s biggest economies is affirmed by the breadth and depth of economic potentials of the country. It is instructive that PwC’s radical projection of Nigeria’s economy came at a period of low oil prices.

This confirms the open secret that Nigeria is far more than an oil economy. The potentials of the country actually lie in the non-oil sectors, which remain largely untapped.

President Muhammadu Buhari recently identified to the meeting of the National Economic Council the sectors that his Administration would be focusing on for the transformation of Nigeria’s economy. These are agriculture, manufacturing, power, healthcare and housing. He also mentioned the transformational impact of education, science and technology.

These sectors spell out the key role of government in Nigeria’s economic transition, from potentials to greatness.

A direct interventional role by government, and Nigeria’s ability to attract private investment, are critical to the realisation of the potentials across what could be classified as the key business and social sectors of focus by President Buhari. Therefore, certain policy imperatives immediately come into reckoning.

The first of three policy imperatives is formalisation of the informal sectors. There remains a lot of work to be done with regard to the formalisation of both production and trade activities in as many as four of the five sectors of focus by the Administration. Top on the list is agriculture, where much of the activities are off the radar of fiscal operations.

In as much as Nigeria’s housing deficit is driven by rural-urban migration, the presence of urban slums and unplanned housing in the suburban and rural areas shows the degree of informalisation in the housing sector. And slow uptick in formal health sector growth, juxtaposed to high population growth rate, is seeing growing informal healthcare provisioning which might not be safe and is also difficult to account for in economic measurement. Informal activities, especially trade, are also very present in the manufacturing value chain.

We have to devise a plan to bring “enlightened capital” to these sectors to overcome the challenge of informality. Here, the planned investment in infrastructure can open the pathway for critical mass skilled human capital and sophisticated finance in these sectors.

This might look straight forward, but definitely it is not a simple solution to come by. Our ability to mobilise enlightened capital into our informal sectors would be proof positive of the adequacy of our strategies and implementation.

Formalisation of the economy is the next step after the rebasing of the GDP in 2014. The rebased GDP has provided a wider economic canvass for engineering growth. Formalisation would help capitalise these sectors and generate tax revenue for government to fund its fiscal operations, including social programmes.

The second imperative is performance of public institutions and public investments. Government parastatals just have to become business-like. This is not limited to adapting private sector ethos of performance engineering and measurement, although it is the less controversial aspect of it.

Without necessarily wanting to stire the hornet’s nest, government’s commercial and revenue-generating institutions have to reach for higher levels of top line and bottom line performances. Whether or not we believe government has any involvement in business, it already does. Therefore, the institutions must operate optimally and support the Government in improving the economy.

Chinese state-owned enterprises have been part and parcel of the country’s growth story. While the Chinese SOEs seem to struggle right now with the transition to a more open and private sector-led growth model, the role they played in revenue mobilisation, local investment finance and overseas investment outreach cannot be easily discountenanced.

With regard to public investment, infrastructure is catalytic. President Buhari has raised hope on this with the size of the capital investment in the 2016 budget.

Infrastructures are ineludible signposts of development. However, in present day Nigeria, they would be a lot more than that. Delivery of key infrastructure would inspire private sector investment and significantly ease the burden of doing business.

The high capital allocation in the budget in an environment of government’s anticorruption agenda can serve as a boon for the development of the infrastructures to propel Nigerian economic growth.

The third imperative is a focus on developing the regulatory institutions. Two reasons for this stand out. One is that rising business sophistication is conterminous with high growth economies. Sophisticated market instruments are increasingly deployed in the local market as foreign investments become part and parcel of the local growth story.

The regulatory agencies cannot operate behind the curve of economic sophistication; ideally, they should provide the lead, or at worse keep pace with market complexities.

The second reason is identifiable in the on-going efforts to have agreement on the fine of MTN Nigeria by the Nigerian Communication Commission.

Nigerian businesses are growing into behemoths, and multinational and transnational corporations are expected to continue to latch on the Nigerian growth in the foreseeable future in which we would attain global economic status.

These large corporations exercise immense power of lobby. They sometimes can out-muscle local regulators. Even the most advanced economies struggle to enact policies and implement them due to the lobby by the big corporations.

To minimise the risk of the corporations overrunning the regulators, we have to start to strengthen our regulatory institutions today.

Years of inadequate policy and governance have only delayed the transformation of Nigeria into a global, top-ranked economy. But this transformation is inevitable, given the consumption capacity of our large population and our human and resource endowments.

From all indications, we are getting closer to the inflection point of this economic destiny. The shift in global economic dynamic is in favour of Nigeria, and we are on our way to the top. We have to believe it and we have to act it.