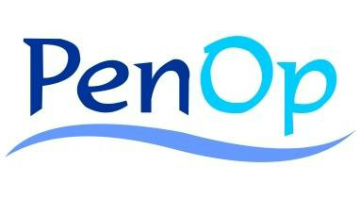 The Pension Fund Operators Association of Nigeria (PenOp) has warned that pension assets in the country currently valued at N6.5 trillion could be at risk if multiple bills on the pension system at the National Assembly become law.

PenOP President, Eguarekhide Longe said prominent among the Bills, include one sponsored by Hon. Oluwole Oke on May 16, 2017 seeking to amend the Pension Reform Act 2014 to exclude members of the Nigeria Police, the Nigerian Security and Civil Defence Corps, Nigeria Customs Service, Nigeria Prison Service, Nigeria immigration Service and the Economic and Financial Crimes Commission from the application of the Contributory Pension Scheme (CPS) and other related matters.

He said the Bill passed its second reading and has been referred to the relevant Committee of the House of Representatives for further action.

He stated that an additional cause for concern regarding the legislature arose on May 10, 2017, when yet other private member’s Bill sponsored by Senator Aliyu Wamako (Constituency – Sokoto North) sought to pass a Law for “An Act to Further Amend the PRA 2004 to Provide for Definite Percentage a Retiree Can Withdraw from his RSA and for Other Matters Related Thereto.”

He noted that this permits retirees to withdraw a definite rate of 75 per cent of the value of their RSA upon retirement, leaving only 25 per cent to be spread over their expected years of retirement as periodic pension payments.

He explained that the proposal is based on a misunderstanding of the concept of pension payment under the CPS.

Longe stressed that it is pedestrian to assume that lump sum should be fixed, rather, what should be implemented is a minimum replacement ratio as monthly pensions.

“Accordingly, the retiree should keep an amount that can procure an amount of monthly pensions as replacement of salary over an expected life span. Whatever remains over that amount may be taken as lump sum. The current replacement ratio under the CPS is 50 per cent of last pay by virtue of the PRA 2014 and regulations issued by the Commission. One of the objectives of the CPS is to assist improvident individuals by ensuring that they save in order to cater for their livelihood during old age.

“The proposed amendment would mean leaving only 25 per cent to be spread over the lifespan of the retiree, which may be longer than 20 years, thus giving meagre monthly pensions below the current replacement ratio of a minimum of 50 per cent of last pay. It is doubtful if the 25 per cent balance in a retiree’s RSA, after deduction of 75 per cent lump sum, would, if spread through the retiree’s expected life span, be adequate to reasonably cater for his livelihood during old age. Accordingly, the proposed amendment would only result in the depletion of the RSA without regard for the retiree’s continued subsistence, thereby impoverishing retirees.”