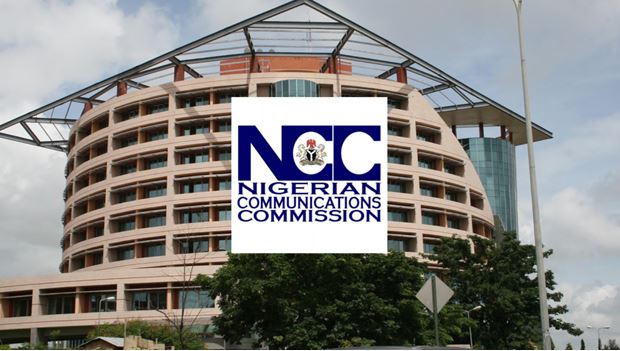 The Nigerian Communications Commission (NCC) has re-assured Nigerians that there is no iota of truth in media speculations that 95.7 million Subscriber Identification Module (SIM) data have been rendered invalid due to alleged poor deployment of technology, saying continuous data verification is a global practice. It is a continuous exercise.

In a chat with journalists recently, the Executive Commissioner, Stakeholder Management, NCC, Mr Sunday Dare stated that what is happening currently is that subscriber data so far captured by Mobile Network Operators (MNOs), as well as data captured by other statutory agencies are being cleaned-up, verified and harmonised in accordance with the Act setting up the National Identity Management Commission (NIMC) and a Directive of the Federal Executive Council (FEC).

According to Dare, “The position of the NCC has been consistent, in the sense that as is the normal practice globally, the subscriber data that has been captured has been undergoing the normal process of verification. Whatever name you call it; it is simply a process of verification. The operators, at the point of registration, are expected to capture specific data – biometrics (picture and fingerprint), name, address etc. Once they capture it, they put it together, and from time to time, they send it to NCC through secure electronic means.”

He explained that, as NCC collects the data to the central system, it then checks and verifies what has been submitted by the operators, saying this has been the process from the beginning; it has not changed.

“We issued a Subscriber Registration Regulations in 2011 together with Registration Specifications and these have remained substantially the same since then. What we now have is an additional layer of verification via a Presidential Directive and an enabling law – that all data-collecting agencies of government should harmonise their data with NIMC – because statutorily, it is only NIMC that has the powers to create a national citizens’ database. So, NCC falls within the category of data collecting agencies. So, as we collect SIM registration data, FRSC collects (for drivers’ licence), immigration collects (for International Passport), etc. – they said submit everything to NIMC.

“Now, what does NIMC do? They also collect and verify. So, it is a continuous process. Of course – even though technology is being used – there is no way you can verify and complete the processing of 160 million subscribers within a short period. And don’t forget that we had 80 million, then 90 million, then 100 million subscribers and so on… So as their data come in, we verify. That process is painstaking, it is based on technology and it is on-going. So the question of invalid data does not exist.”

While explaining the validity of SIM data, Dare explained that before a SIM can be connected to any network in Nigeria, the subscriber data must be captured by the MNOs and that if any data field is missing, such a SIM card will not be activated.

“So, if the data are “invalid”, these numbers will not work. They will not connect with the network. We have the footprint of every SIM registered in this country.  What we are doing is, we are trying to verify to make sure that the accurate information is submitted. In cases where we find out that some of the information is missing or inaccurate, we are able to go back to MNO to say – this number of people you have registered and submitted – instead of four finger prints, we got three clear finger prints, please call them to come and update; or that the address is not correct; or that we find pictures that are not correctly captured and needs to be corrected, etc. – it is a process that is on-going. Every data collecting organisation needs to verify, and it goes on over a period of time. So, that is what is happening right now,” he said.

“In simple terms, NIMC has a statutory duty to create a national citizens’ database and it has been approved by FEC – under a presidential directive – that NCC and all data collecting agencies should submit their data to NIMC for harmonisation. Don’t forget that INEC has over 88 million records of peoples’ data for permanent voter’s card (PVC) – the same way we also have data of people that have SIM cards.

“The biggest issue is security and as it is now, as the need arises, we are able to interrogate the subscriber database for action. The NCC has collaborated with security and law enforcement agencies on several occasions to arrest those that use their mobile numbers for advance fee fraud, or kidnapping, etc. Once we get requests from authorised channels, we interrogate our database – either the MTN database as resident with us, or the Glo database, and so on – we are able to get the picture of the owner of the telephone number, or we get the address and we give the details to the security people and they do the needful. They have moved swiftly in several cases to apprehend suspects and even successfully prosecute them.”

He therefore stated that what the NCC is doing now is a verification process to bring the data up to higher global standards for the national database and that it has been passing collected information to NIMC while NIMC has been doing a good job by further cleaning up such data and adding them to the national database.

“Also don’t forget that NIMC is dealing with database submitted by more than four of five major data collecting agencies and it is technology-based, and so we have to be patient. So, the question of 95.7 million invalid SIM cards does not arise. There is no such thing. The fact is that security agencies are working with us, once we have available information, we are able to reach out to the database and give them the required details and they are able to work with that. This has been going very successfully,” he said.

The Executive Commissioner emphasised that apart from working with NIMC, the NCC has been working with and has met on several occasions with the Office of the National Security Adviser (ONSA), to the extent that after about a year and half, ONSA and NCC working together were able to agree on four modes of identity that people must have before they can be register, or before they can do a SIM swap.

“That is, you must have either a Permanent Voter’s Card (PVC), a Nigerian or international passport, Driver’s license, and/or a National Identity Card. if you show up with any of these IDs, we are able to use that ID to query the system to confirm that you are an authentic person. We worked with ONSA to get to this level.”

“What NIMC is doing is putting together a central database of verified and cleaned up data from these four key agencies and other data collecting organisations. So whenever authorised agencies want to check anybody, all you do is to query that central database and call up the information on the person. So you don’t have different incomplete and disjointed databases. There is a process ongoing and because of the security implications, we cannot bring all the details out into the open. But the regulatory agencies are working together through active collaborations, and what people need to do is to be patient, to co-operate with us, and see what is going to come up eventually,” he said.

On the strength of the foregoing collaborations among government agencies, Dare said Nigeria is close to having credible national citizens’ database that will be bequeathed to Nigerians by the Buhari administration and consequently bring Nigeria at par with other developed countries.

Dare further stated that the NCC is continuously holding stakeholders’ engagements with all SIM registration agents including the MNOs, their super agents and others along the value chain.

“What we are telling them at such fora is that they must understand that they play a very critical role in protecting the national interest as they are the first point of contact for those coming onto the Nigerian telecoms system. We, therefore, require high standards and sound ethical conduct from them for us to get a very clean database.”

He said the Commission has been going round the nation, meeting directly with these agents as the engagement had been held for South-West, South-South, South-East and North-Central.  “In the next few days, we will be in the North-West.  The reason we are doing this is to ensure that right from the point of first contact of the person who requires SIM registration, the details are properly taken, so that once it gets to our back-end, it is easier to properly validate and send to the central database immediately.”