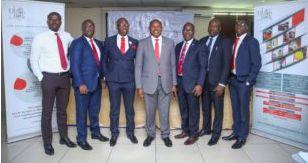 Law Union & Rock Insurance Plc says it is projecting profit after tax of N1 billion by the end of 2017 jus as its profit rose by four percent in the second quarter from N307.3 million in 2016 to N318.7 million in the same period of 2017.

Mr. Jide Orimolade, Managing Director/CEO, Law Union & Rock Insurance Plc, said the company achieved gross premium income of N2.7 billion in the first half of the year as against N2.3 billion in 2016. The underwriter also paid claims of N622.5 million in the half year ended June 30, 2017 to underline its commitment to prompt settlement of claims to its policyholders.

“Law Union is a well-known underwriting firm with a stable outlook and result-oriented management. We have numerous strategic initiatives which have contributed immensely to the growth of our financials. The company is not only determined to meet all her obligations to policyholders, it is also committed in adding value to customers through disruptive innovation that delivers seamless, convenient and stress-free business ecosystem.”

The company listed its 2017 corporate goals as: