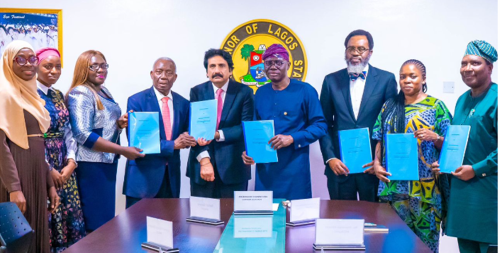 On the basis of its competence and efficiency, the Lagos State Government signed a partnership deal with one of the leading rice-producing companies in Nigeria, WACOT Rice Limited, to manage the state’s Imota Rice Mill.

The Executive Governor of Lagos Stae, Babajide Sanwo-Olu, said, “Lagos State Government has set up two lines of 16 MT/hour capacity rice mill, in Imota, Ikorodu, Lagos State (the “Mill”), to meet the high demand for consumption of rice in Lagos State thereby pushing Lagos State towards self-sufficiency in the area of rice production and processing.”

The governor continued that “Lagos State Government is desirous of operationalizing the Imota Rice Mill through the utilization of the technical services of WACOT Rice Limited, a subsidiary of the Group, to provide commissioning and kick-off operationalization support services.”

The state hopes to benefit from the expertise of the leading rice producer in the country with deliberate improvements in quality, capacity, packaging, and general production of rice at the Imole Rice Mile to meet the increasing demands for rice in Lagos.

According to the Group Managing Director of TGI Group, Rahul Savara, said, “We thank the Executive Governor of Lagos State, Mr Babajide Sanwo-Olu, for being here with us as we hold Lagos in high regard as the centre of economic activity in Africa, not just Lagos. We are happy that in our small way we have contributed to that. We mostly take pride in being the best maker in the country.”

“We have been working very closely and will continue to work with Lagos State to make the facility run at its best. We will be deploying the best expertise, technique and training to make the Government proud of this investment,” Savara said.

On her part, Rafiat Gawat, Head, of Corporate Communications, TGI Group, said, “We are happy to be partnering with Lagos State as our economic core even though our factory is located in Argungu, Kebbi State a large number of our rice are demanded in Lagos. Since setting up the WACOT Rice Mill in 2017 we have doubled our production capacity and for the Lagos Government to partner with us, it’s a testament to our capability.