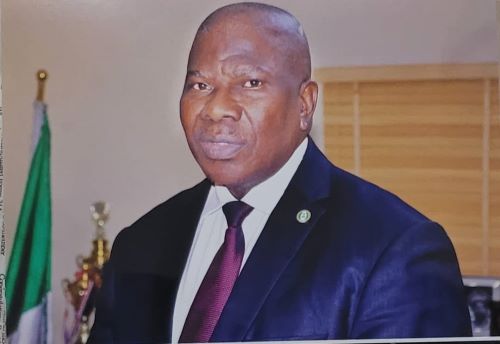 The Nigerian insurance industry in the third quarter of 2022 as captured by this analytical report by the National Insurance Commission (NAICOM) was an excellent performance in the financial services sector of the economy.

It generated about Five Hundred and Thirty-Three billion (N532.7b) Naira in gross premium income at a Year on Year (YoY) growth rate of about 15 per cent during the period.

Gross premium income in the third quarter of 2022 stood at N532.7 billion, a significant performance which illustrates the premium contribution by each class of the business.

Likened to the Nigeria’s growth in real Gross Domestic Product (GDP) of 2.3% during the same period, the industry fostered at a higher rate of about 15 (14.9%) per cent growth rate, an impressive performance once again.

The Non-Life segment as revealed from the data, sustained its market dominance at 58.4% of the total premium generated.

Life business on the other hand recorded 41.6% of the market production as its share contribution gradually closes up.

The share of Annuity in the Life Insurance business lagged at about twenty-six per cent (25.5%) while Individual Life was at 41.2% of the premium generated during the period.

Though the insurance industry’s operational environment remains challenging due to global and domestic economic challenges, its confidence remained high as affirmed by the relevant retentions situation.

The Life business retention for the period was 94% while non-life recorded a ratio of 55% as the industry average stood at about seventy-one (71.4%) per cent. indeed, in the Life Insurance business recorded commendably, a near perfect point of about ninety-four (93.8%) per cent during the period under review.

The insurance claims component defines the essence of insurance business as a whole and indeed a major factor in consumer confidence building.

During the third quarter of 2022, the gross claims reported by market of N242.6 billion was slightly lower compared to the corresponding period of 2021, signifying a decline of -2.3% in the total claims reported by policyholders.

However, the ratio of total claims to gross premium stood at about 46 per cent during the current period. The net claims paid on the other hand stood at about N207.2 billion, signifying an 85.4% of all gross claims reported during the period.

The Life Insurance business recorded a near perfect point of 95.0% claims settlement against all the reported claims while non-life segment stood generously at above seventy (72.4%) per cent during the same period.