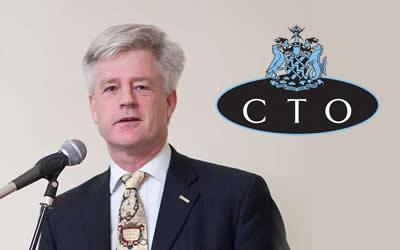 Professor Tim Unwin, Secretary-General of the Commonwealth Telecommunications Organisation has warned that the growth of ICTs is causing greater inequalities, further excluding the poorest and most marginalised.

Unwin, who was speaking at the 32nd National Information Technology Conference of Sri Lanka on the 25 – 27, August said the same phenomenon is also taking place in some of the richest societies.

All stakeholders, especially governments, have an important role to play in helping to empower marginalised groups through more accessible and affordable ICTs, he said.

To address this challenge, countries could focus their efforts on:
• Developing appropriate multi-stakeholder partnerships to achieve common goals for poverty reduction;
• Addressing more rigorously crime in cyberspace by implementing the new Commonwealth Cyber-governance Framework adopted by Commonwealth ICT Ministers in March 2014;
• Committing to technical solutions that focus explicitly on the needs of the poorest and most marginalised.
He proposed seven key agendas for computer scientists:
• Concentrating on inclusive design, and ensuring accessibility for all;
• Designing “with” rather than “for” the poor;
• Combining technology with wider socio-political agendas, and developing innovative regulatory models;
• Identifying better ways of delivering affordable access;
• Focus on low power devices and better batteries;
• Development of poverty relevant software; and
• Creating more sustainable and renewable technological solutions.

“I am impressed to see how long this event has been going on for. It shows how committed Sri Lanka has been in using ICTs for the economic and social empowerment of Sri Lankans and this serves as a good example to other Commonwealth countries”, Professor Unwin said.

The event has been organised annually by the Computer Society of Sri Lanka since 1982.