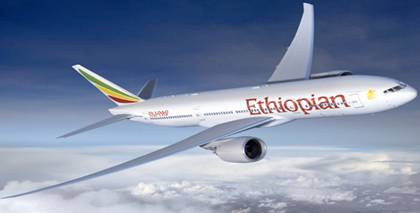 In particular, IATA noted that the liberalisation of air rights for intra-Africa flights could yield significant benefits in both jobs and GDP growth.

Africa is well-placed to enjoy sustained economic growth thanks to a young, expanding and urbanising population, combined with abundant natural resources. But because intra-African aviation connectivity and the economic health of its airlines are weaker than they could be, opportunities for job creation, business growth and innovation are being lost.

African airlines are expected to return a profit of just $100 million in 2014, on a net profit margin of 0.8%, the lowest of all aviation regions. “Increased intra-African air connectivity is essential if Africa is to seize the opportunities for growth promised by its demographic and resources advantages.

Aviation in Africa supports nearly seven million jobs and $80 billion in GDP, but it faces challenges in terms of liberalisation of markets, safety, costs, infrastructure and regulation. Only through industry and governments working hand-in-hand can these challenges be overcome, to the benefit of everyone across Africa,” said Raphael Kuuchi, IATA’s Vice President for Africa.

Tackling the Challenge of Ebola

The spread of Ebola continues to be a significant medical challenge in the region. IATA is liaising closely with the World Health Organisation (WHO), which is taking the lead in tackling the disease.

The WHO has consistently stated that travel restrictions are unnecessary, most recently in their media note of 14 August, 2014. The note specifically explains that aviation is “low risk” for Ebola transmission, and that the “WHO does not consider air transport hubs at high risk for further spread of Ebola.”

The aviation industry is taking all necessary precautions, such as introducing exit screening at certain airports. Airlines also have well-tested procedures for handling suspected cases of infection, including guidelines for isolation and care for ill passengers, and measures for disinfecting aircraft.

“The WHO is best placed to give authoritative, independent advice on how best to deal with Ebola. They have been very clear that travel and trade bans are unnecessary. Unless this advice changes we hope that countries working hard to eradicate Ebola continue to benefit from air connectivity,” said Kuuchi.

To provide African governments with a clearer view of the benefits of intra-African connectivity, IATA formally launched a report showing that liberalisation of air services across 12 African nations would create 155,000 jobs and boost GDP by $1.3 billion.

The report by InterVISTAS, an independent consultancy, calculated the positive economic impact of implementing the 1999 Yamoussoukro Decision, which pledged to open up air transport markets within Africa to transnational competition. The 12 nations in the report are: Algeria, Angola, Egypt, Ethiopia, Ghana, Kenya, Namibia, Nigeria, Senegal, South Africa, Tunisia and Uganda.

“This report is a major step forward in quantifying the benefits of liberalizing air services across Africa. It is absurd that it is possible to travel 13 times a week from Nairobi to London yet impossible to travel directly from Nairobi to Dakar. A potential five million passengers a year are being denied the opportunity to travel, trade, and spread economic and social development,” said Kuuchi.

The 2012 Abuja Declaration on African Safety by transport ministers of the African Union set out a goal for African aviation to match the average safety levels of the rest of the world by 2015.

“Safety is the number one priority for aviation. Africa has been closing the gap compared to the rest of the world but there is still a lot of work to do to reach the Abuja Declaration goal. The implementation of the IATA Operational Safety Audit (IOSA) by all eligible airlines in Africa is mandated through the Declaration, and IATA is working hard to assist airlines to achieve that,” said Kuuchi.

IATA has identified 20 airlines for assistance in implementing IOSA. The Declaration also calls on states to create well-resourced and autonomous Civil Aviation Authorities and to implement safety management systems.

Improved consultation and partnership between industry and government is the key to ensuring Africa enjoys competitive infrastructure and business costs. In many parts of Africa infrastructure needs to improve, but it is important that improvements are funded according to established international principles. Transparency and consultation are critical.

“The foundation of a successful air transport sector is good physical infrastructure coupled with competitive costs. But governments also have a role to play in encouraging air connectivity through appropriate taxation and enabling regulation. If aviation is treated as a cash cow, its ability to be an economic catalyst is compromised. Aviation is ready to play a much more prominent role in the African economy, provided it is able to operate in a policy framework that values its contribution,” added Kuuchi.

Key Points:
• Worldwide airline share prices fell 2% in July compared to June, but in line with performance of the broader market;
• Initial Q2 financial results show strong gains for US airlines’ performance, but declines in Asia Pacific due to cargo weakness and cost pressures for Chinese carriers from the depreciating Yuan;
• Jet fuel prices eased slightly in July as improving crude oil supply conditions in some regions countered concerns over conflict in the Middle East and Ukraine;
• US passenger yields are up after declines in Q1, but weakness continues in other regions;
• Air travel markets continue to expand and air freight demand recorded a small improvement in June, consistent with a rise in business confidence and stronger world trade activity;
• Expansion in available seats showed a seasonal spike in June, stronger than growth in demand;
• Passenger load factors fell on the back of strong capacity expansion, but air freight load factors improved slightly due to a contraction AFTKs.

• Growth in the number of international air passengers slowed in June to 2.4%, with first half growth of 3.7%, compared to the same period last year;
• Most of this ‘year-on-year’ growth took place last year – since December, travel has expanded by just 0.7%;
• The travel slowdown has been caused by slower world trade growth and a dip in business confidence;
• However, business confidence has been rising in recent months, pointing to a stronger second half for travel;
• Travel on premium seats grew more slowly in June, at 1.8%, than economy travel, at 2.5%;
• However, the rising trend in the share of premium since late-2012 remains intact;
• Moreover, premium yields have been more robust so the premium revenue share has risen faster, to almost 29%;
• Premium yields have been supported by the relative strength of longer-haul markets, with the strongest growth of larger markets seen on the North Atlantic, Pacific and Europe-Far East;
• By contrast markets connected with emerging markets have generally been weak and some are getting weaker;
• Faster long-haul growth has meant that international RPKs are growing much faster than passenger numbers, at 5.5% versus 2.4% in June.

How Mobile Internet is Transforming Businesses in Nigeria

PenCom Board Inaugurated in Abuja