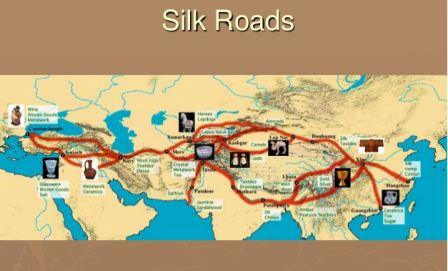 The biggest story coming out of China today is the launching of the Silk Road on Rails: China-Europe block trains that carry goods across the globe. The proposal to establish China-Europe railroads surprised even the most experienced of rail industry players, yet thousands of trains now traverse these tracks annually.
Not least surprised was the Director of Operations at the Hamburg Eurogate terminal, Thorsten Reese, who remarked, “Three years ago, I couldn’t imagine Germany and China being connected with rail cars; it is unbelievable!”
The China-Europe rail route is the longest in the world covering some 10,000 kilometres in total.
The first block train left Zhengzhou for Hamburg on July 18th, 2013, connecting people along the Silk Road and shortening the distance between continents. The 12-day, six-country journey posed challenges: would European companies welcome the new trade route? Would the cargo be secure? Would the project even be practical.
The trans-Eurasia rail trip began as a once-a-month event but China soon realised it required partners to make it successful. With partners on board, Hamburg became the forerunner. The German port city now serves as both a departure and destination point for the China-Europe block trains.
Thanks to a highly motivated Chinese workforce, Mr. Reese sees the cargo arrive safely and on time. The China Train employees are an enthusiastic group and make sure the trains are loaded and off-loaded on schedule.
The Hamburg Chamber of Commerce came on board after realizing the potential in the Silk Road Rail project. The Chamber’s MD, Corinna Nienstedt, did not mince her word when she said: “It is a new opportunity to transport between Hamburg on one hand, and Europe on the other hand, from China”.
This project has lowered the cost of transportation significantly and commerce is thriving. There is no doubt about the initiative’s acceptance.”