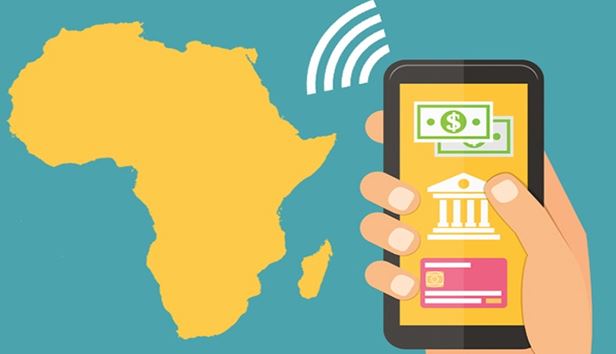 Millions more people in Africa now have access to financial systems thanks to cashless systems using digital technology, and more and more people are seeing the benefits of mobile banking, according to Ecobank, the leading independent pan-African banking group.
Ecobank is the main sponsor at the Africa Tech summit currently taking place in Kigali, Rwanda. Today, Nshuti Lucy Mbabazi, Assistant Vice President, Push Payments for the Ecobank Group will take part in a panel looking at delivering a cashless society in Africa.
Ecobank has spearheaded the development of cashless payment systems in Africa through its mobile app and other products. Africa is now at the forefront of fintech with 57.6% of the world’s 174 million active registered mobile money accounts (100.1 million) in Sub-Saharan Africa. Fintech in Africa is predicted to grow from US$ 200 million to US$ 3 billion by 2020.
Ecobank’s mobile app allows customers in any of the 33 African countries in which it operates to check balances, pay bills and merchants, and many other services. The mobile app offers banking services at a much cheaper cost than traditional banking, thus making it much more accessible to millions of users thanks to the rapid growth in mobile phone use. Rwanda, where the summit is taking place, has the second highest use of mobiles in Africa, with more than 50% of the population unique subscribers. Kenya has the highest penetration rate of almost 60% of the population.
As Ecobank works seamlessly across 36 countries in total, Ecobank is also the only bank that allows customers to transact more easily across borders.
Speaking at the Africa Tech summit, Nshuti Lucy Mbabazi explained the importance of fintech and moving towards a cashless society: “Digital technology is central to what we do at Ecobank. Technology offers us great opportunities to open up new markets, increase choice and speed delivery of services.”
“For instance, Rwanda, where the summit is taking place, is seeking to move from a cash-based economy to a digital one. The number of digital transactions in Rwanda increased by 11 per cent in the first half of 2017 from 1.37 million the previous year to 1.53 million in the same period, and more and more merchants and dealers are becoming access points.”
“Rwanda has had a 26% growth in the volume of transactions from 8.6 million to 119 million in 2016/17, representing an increase of a third in value from Rwf 469 billion to Rwf 622 billion. Point of sale (POS) transactions in Rwanda have almost doubled in volume from 270,084 to 523,473, doubling the cash value to Rwf 32 billion.”
“Overall fintech in Africa will grow from around US$ 200 million currently to US$ 3 billion by 2020,” said Ms Mbabazi.
“Going digital provides not just better services and connectivity, but enables banks and businesses to unlock productivity and play a role in development.”
Ms Mbabazi will be joined by other panellists including Norman Munyanpunda, MTN Rwandacell’s Chief Business Officer, and Patrick Buchana, CEO of AC Group.