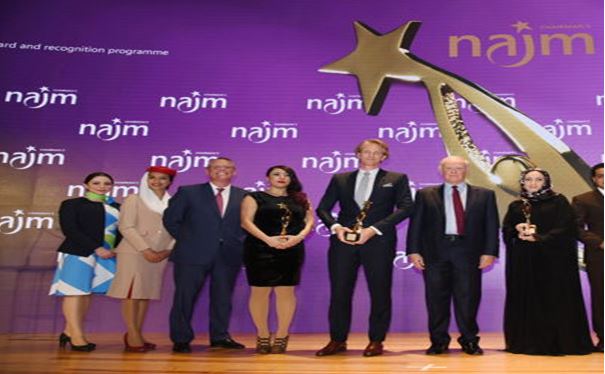 The Emirates Group has honoured its top employees for their extraordinary commitment to excellence, performance, and service.  Emirates, the airline loved by most Nigerians, places a significant premium on employee recognition and rewards

The ‘Najm Chairman’s Awards’ ceremony took place at Emirates’ Group Headquarters, and was presented Sir Tim Clark, President Emirates Airline on behalf of His Highness Sheikh Ahmed bin Saeed Al-Maktoum, Chairman and Chief Executive of Emirates Airline & Group. Colleagues, families and friends of this year’s winners also gathered to support and cheer on their loved ones and colleagues.

HH Sheikh Ahmed said: “Every year, we come together to celebrate the outstanding achievements of our employees. Their hard work, tenacity, compassion, and continued pursuit of excellence are vital to the success of Emirates and dnata, and I congratulate them for their brilliant performance and contributions. Whether individually or collectively, we firmly believe that the most outstanding contributors who have gone beyond expectations should be recognised and rewarded.”

Najm, means ‘star’ in Arabic, and is the Emirates Group’s rewards and recognition system that recognises employees for their commitment to excellence and innovation. This is the 11th edition of the annual Chairman’s award, which has seen more than 70 employees recognised for individual and collective achievements within the Emirates Group. Award nominations run through a rigorous review, selection and voting process by heads of departments and members of the senior executive team.

The Najm Chairman’s Award 2017/2018 winners were recognised for a range of outstanding achievements, from saving lives and providing support in difficult situations, to creating innovative business solutions.

Khadija Arsanova, Customer Service Manager, dnata Travel Services, was recognised with the Najm Chairman’s Award for her exceptional customer service. Khadija helped two Emirates Holiday customers who had suffered a severe accident while on a safari and buggy ride with a company that was not part of the Emirates Group.