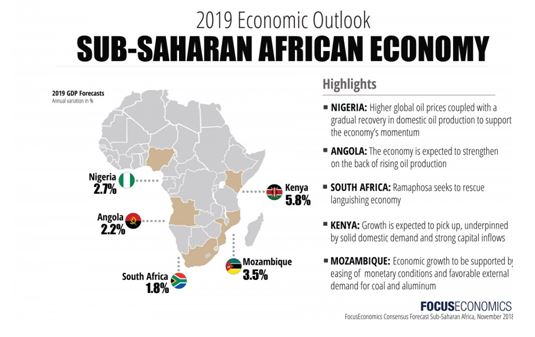 The annual Economic Commission for Africa Conference of African Ministers of Finance, Planning and Economic Development – COM2019 – kicked off recently in Marrakesh, Morocco with emphasis on the importance of digitalisation in enhancing African economies as the continent celebrates the first anniversary of the highly hailed and historic signing of the Africa Continental Free Trade Area – (CFTA).
The weeklong event, which has also drawn various seasoned experts and policy-makers from inside and outside Africa, will weigh and evaluate this year’s theme – Fiscal Policy, Trade and the Private Sector in the Digital Era: A strategy for Africa – against the backdrop of recent economic and social development on the continent.

With the value of the global digital economy estimated at over $11.5 trillion and set to rise to over $23 trillion by 2025, according Vera Songwe – ECA Executive Secretary– the effects of digital trade and economy in Africa are points of key debate.
“The potential of Africa is, and has always been, promising… the continent has all the pre-requisites for rapid economic transformation in the next decade…[but] the importance of digitalization and the digital economy in driving growth and structural transformation, as well as optimizing fiscal performance in Africa cannot be overstated,” she said adding:
“It is currently estimated to represent 15.5 per cent of global GDP and is expected to reach 25 per cent of global GDP in less than a decade [and] there has been a rise in the digital innovation hubs on the continent, such as the Silicon Savannah in Nairobi and the Kumasi Hive in Ghana, not to mention more solution-oriented technologies such as Flutterwave which has enabled global payment processing in Nigeria through a single, seamless platform. In 2018, this application was reported to have processed $1 billion worth of transactions.”
“Such digital developments can have a transformative effect across the economy by reducing barriers to entry and expanding market reach for businesses, creating jobs, and boosting both domestic and foreign trade in goods and services,” she emphasised.
Zouhair Chorfi, secretary general at Morocco’s Ministry of Finance Morocco and incoming chair of the Committee of Experts of the CoM, adds further “Digitalisation is a great opportunity for Africa. It can transform Africa by increasing competitiveness, promoting strong integration, reducing the cost of doing business. Morocco is ready to play its part.”

His predecessor, lsadig Bakheit llfaki Abdalla also proffered on the issue: “With the advent of digital age, Africa can leapfrog and use new technologies to push the continent’s drive for sustainable development.
The conference commenced with the official opening of 38th Meeting of the Committee of Experts deliberating on the 2019 theme itself amongst other statutory issues.

This set the tone for the week’s discussions, which will center on leveraging digital technologies to mobilize Africa’s domestic resources, strengthen competitiveness and speed up growth in all developmental sectors.
The conference will also provide a platform for delegates to review fiscal policies for the implementation of the CFTA.

Adopted on 21 March 2018, the agreement is now 2 ratifications away from 22 member countries needed to enforce the trade bloc that envisages, among much more, a gross domestic product of more than $3trillion and the creation of 300,000 direct and more than 2 million indirect jobs. Africa’s largest economy, Nigeria and the host country Morocco are among those yet to ratify.
The week will also see a broad array of sessions and side events. Some highlights will include the launch of the ECA 2019 Economic Report on Africa – which assesses performance of fiscal policy and analyses both challenges and opportunities in Africa.

There will also be the launch of the African Fintech Network and a roundtable on trade and private sector development in the digital era.
Gender, youth, and climate change are also among other key issues in the spotlight as well as a special focus on the United Nations’ support to the African Union’s Year of Refugees, and Internally Displaced Persons.