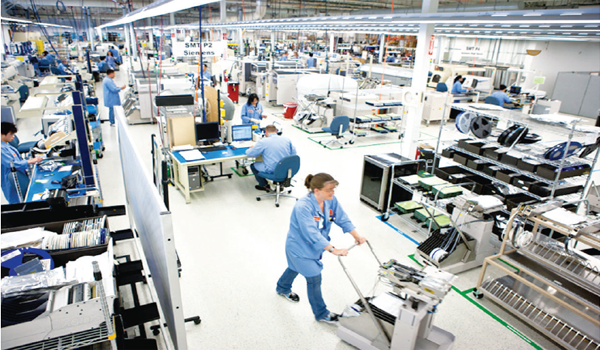 India has overtaken the United States to become the world’s second largest Internet market, with 333 million users, trailing China’s 721 million.
But a new report released by the UN Broadband Commission for Sustainable Development also confirms that just six nations – including China and India – together account for 55% of the total global population still offline, because of the sheer size of their populations.
While Internet access is approaching saturation in richer nations, connectivity is still not advancing fast enough to help bridge development gaps in areas like education and health care for those in poorer parts of the world, according to the 2016 edition of The State of Broadband report.
Globally, an estimated 3.9 billion people are not using the Internet. But the Commission’s new report estimates that, between them, China, India, Indonesia, Pakistan, Bangladesh and Nigeria account for 55% of all unconnected people, while 20 countries – including the US – account for a full 75% of those not using the Internet.
These findings suggest that targeted efforts in just a few key markets could help enormously in redressing the gaping ‘digital divide’ between those who are online and those still offline.
Released just ahead of the 14th meeting of the Commission in New York on September 18, The State of Broadband 2016 is optimistic about the potential of mobile broadband, with 165 countries now having deployed ‘4G’ high-speed mobile networks. As smartphone penetration reaches near-saturation in the US, Europe and mature markets in Asia like Japan and Korea, India and Indonesia in particular are expected to drive future growth. India also recently overtook the US to become the world’s second-largest smartphone market, with an estimated 260 million mobile broadband subscriptions.
The Commission argues that if today’s near-universal basic mobile phone access could be converted to high-speed mobile broadband access, mobile phones could serve as a major accelerator of development, driving rapid progress towards the UN Sustainable Development Goals.
“There is a large body of economic evidence for the role of affordable broadband connectivity as a vital enabler of economic growth, social inclusion and environmental protection,” said ITU Secretary-General Houlin Zhao, who serves as co-Vice Chair of the Commission with UNESCO Director-General Irina Bokova. “The Sustainable Development Goals for education, gender equality and infrastructure include bold targets for information and communication technology. The SDGs are achievable, but require urgent efforts and progress in the speed, degree and equality of development. The Commission believes this can be realized through broadband.”
“Broadband technologies can be powerful development multipliers,” Director-General Bokova added, “but this requires combined investments in access and in skills and in education. This is about opening new paths to create and share knowledge. It is about enhancing freedom of expression and about widening learning opportunities, especially for girls and women. This is about developing content that is relevant, local and multilingual.”
Issued annually, The State of Broadband report is a unique global snapshot of broadband network access and affordability, with country-by country data measuring broadband access against key advocacy targets set by the Commission in 2011.
The report confirms that according to latest ITU figures, by end 2016 3.5 billion people will be using the Internet, up from 3.2 billion last year and equating to 47% of the global population. Progress in the 48 UN-designated Least Developed Countries has been encouraging, with the Commission’s target of 15% of the LDC population onlineexpected to be reached by the end of this year.
This year’s figures show that, once again, the top ten developing countries for household Internet penetration are all located in Asia or the Middle East. The Republic of Korea continues to have the world’s highest household Internet penetration, with 98.8% of homes connected; Qatar (96%) and United Arab Emirates (95%) rank second and third, respectively.
Iceland continues to have the highest percentage of individuals using the Internet (98.2%), while Luxembourg (97.3%) has surpassed Norway to take second place, and Andorra (97%) takes third place from Denmark.
Monaco remains very slightly ahead of Switzerland as the world leader in fixed broadband penetration, at over 47 subscriptions per 100 inhabitants compared with the Swiss figure of 45%. There are now seven economies (Monaco, Switzerland, Liechtenstein, Denmark, the Netherlands, France and the Republic of Korea) where fixed broadband penetration exceeds 40%, up from six countries in 2014 and just one nation (Switzerland) in 2012.
Finland has the world’s highest percentage of active mobile broadband subscriptions, with 144 subscriptions per 100 people, followed by Singapore (142) and Kuwait (139). The Asia-Pacific region accounts for nearly half (48%) of all active mobile broadband subscriptions.
In total, there are now 91 economies where over 50% of the population is online, up from 79 in 2015. But whereas in 2014 the top ten countries for Internet use were all located in Europe, this year sees Bahrain (ranked 7th) and Japan (ranked 9th) join the group. The lowest levels of Internet usage are found in sub-Saharan Africa, with less than 3% of the population using the Internet in a number of countries including Chad (2.7%), Sierra Leone (2.5%), Niger (2.2%), Somalia (1.8%) and Eritrea (1.1%).