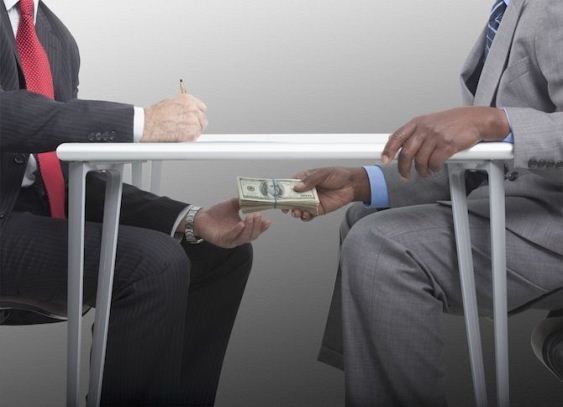 Nearly one in three citizens who tried to access basic public services in the Middle East and North Africa paid a bribe, a Transparency International report said today, showing that governments across the region have failed to hear their citizens’ voices against corruption.

According to a public opinion survey by the international anti-corruption group of nearly 11,000 adults in 9 countries and territories, the majority of people (61 per cent) across the region think that the level of corruption has gone up over the last 12 months. The 30 percent who paid a bribe for a basic service represent the equivalent of nearly 50 million.

“It’s as if the Arab Spring never happened. Leaders who fail to stop secrecy, fail to promote free speech and fail to stop bribery also fail to bring dignity to the daily lives of people living in the Middle East and North Africa. Peoples’ human rights are seriously affected,” said José Ugaz, Chair of Transparency International.

Public dissatisfaction with corrupt leaders and regimes was a key catalyst for change in region, notably with Arab Spring protests. Five years on, the survey finds governments have done little to enforce laws against corruption and bribery, nor have they done enough for transparency and accountability through the promotion of freedoms of the press, civil society and for individuals.

In Lebanon, numbers are alarming as nine in ten people (92 per cent) say that they think corruption has increased.

Government officials, tax officials and members of parliament are perceived to be the most corrupt groups in the region.

Based on the findings of the survey, here are our four top recommendations:

· Governments in the region must speak out immediately and publicly about their commitment to end corruption. They must also finally deliver on their anti-corruption commitments made globally and regionally, such as under the United Nations Convention against Corruption (UNCAC) and the Arabic Convention for Combating Corruption.

· Governments must eradicate impunity and bring the corrupt to justice so they can take responsibility for the consequences of their acts.

· Governments must create a safe and enabling environment for civil society and the media to fight and report corruption.

· Governments must involve their citizens in the fight against corruption and create the space to hold institutions to account and to help law enforcement institutions. This is especially important when the majority of citizens (58 per cent) believe they have the power to make a difference.